The death of child abuse victim Gabriel Fernandez in Palmdale has led to many changes in LA County's child-protection strategies, but problems still remain.
KABC
By Lisa Bartley 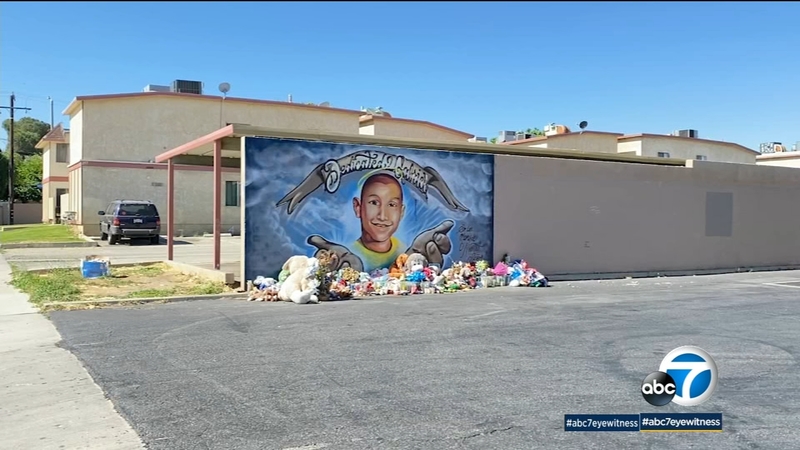 LOS ANGELES (KABC) -- From tragedy to an inspiration, the death of child abuse victim Gabriel Fernandez has changed strategies in the Los Angeles County child welfare system - yielding improvements but finding many barriers.

In 2014 a Blue Ribbon Commission declared "a state of emergency."

Since then, 10-year-old Anthony Avalos and 4-year-old Noah Cuatro have died in similar circumstances reminiscent of Gabriel's.

Action items had been laid out for the departments of Children and Family Services, Public Health, Mental Health, Sheriff and every other agency involving children.

Deep and sweeping changes were detailed including a focus on social worker skills and overlays of supervisors to ensure quality case management. A DCFS University was set up where a lab replicates the apartment of a troubled family.

But real-life situations are fraught with hazards.

Bodycam video of a Los Angeles County deputy shows a visit to a home where children were reportedly instructed by an adult to fight each other.

They denied it. The deputy left without making a record of the visit and did not inform DCFS that the Sheriff's Department had been called. DCFS never knew to follow up.

Eighteen months later, the boy's brother Anthony Avalos was dead. His mother Heather Barron and her boyfriend Kareem Leiva now await trial for the torture and murder of the 10-year-old.

Anthony's siblings had earlier defined their mother to social workers.

"They always told us that they loved their mom," says Anthony's uncle, David Barron.

"They don't want their parent arrested. They just want the abuse to stop."

USC's School of Social Work dug in redesign training in light of what happened to Gabriel. A new generation of students came motivated by his story.

"I want to say a good third. It really comes up on their application or just in the interview process," says Professor Omar Lopez.

DCFS went on a hiring spree, bringing in 3,500 workers to get the caseload of child social workers to a manageable level.

Yet according to a series of reports by the Office of Child Protection, DCFS could not place and retain workers where they were needed most, in the Antelope Valley.

The region 70 miles from downtown Los Angeles was home to Gabriel, Anthony and Noah.

According to county reports, workers in multiple county agencies and partner organization did not want to live there.

The area has a documented child poverty rate that is 50% higher than the national rate, there is a high incidence of teen births and schools are underresourced.

County departments doubled down to fill every vacancy though there are ongoing struggles in retention. Incentives have included transportation assistance, bonus pay amounting to as much as an extra $1,000 a month, and career guidance to steer local students into social work.

Technology is helping. Social workers have an app called "ERIS" which allows them to check the criminal record of everyone in a home on the spot.

Prevention is playing a bigger role, led by people who have been in troubled households.

Ambyr Rose was 2 years old when DCFS workers removed her from her mother's care. Her 3-month-old brother's arm had been broken. The years in foster care took a toll.

"I had my third child at the age of 20. I was homeless. I had a substance-abuse problem and was in a domestic violence relationship," says Rose.

She got through a DCFS program. Today she works for Parents in Partnerships, mentoring moms through crises.

On the DCFS website and through its hotline there are free programs for parents and adults, even for those outside the system.

Intervention can be a life saver.

A "D" student in junior high went on to become homophobic. Isauro Aguirre killed Gabriel Fernandez believing the child was gay. A young girl was using drugs and had been shot before she turned 12. That girl was Pearl Fernandez, Gabriel's mother.

Child deaths persist. According to ESCARS, the Electronic Suspected Child Abuse Reporting System, there were 11 child fatalities in 2018 as a result of abuse or neglect by a parent or caregiver with prior DCFS history.

In 2019, ESCARS reports that the number nearly doubled to 20.

It is possible there have been more deaths that were not detected. The Centers for Disease Control and Prevention says the intentional injures to babies especially are difficult to detect.

The coronavirus pandemic is exacerbating existing problems. More parents are without jobs. Tension in the household is growing.

Home visits which are critical to check a child's well-being were curtailed for months. They resumed in July.

The latest struggle for child social workers is trying to catch up.