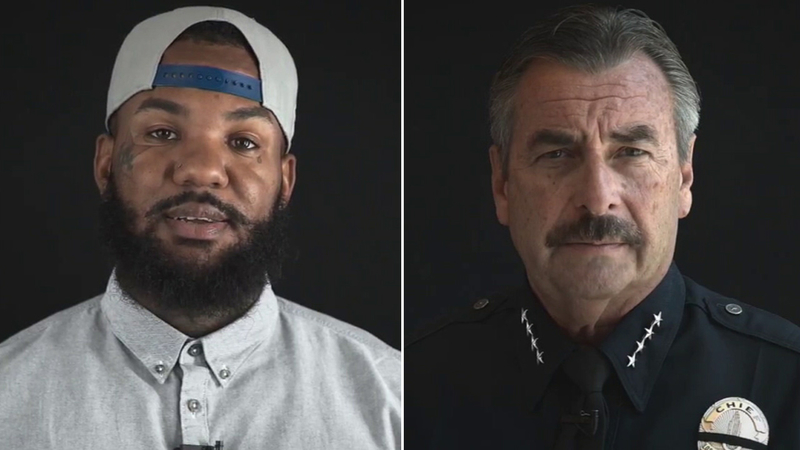 LOS ANGELES (KABC) -- A federal alert warned law enforcement officials that street gangs may be launching an organized effort to target officers. Now, the rapper The Game and Los Angeles police have teamed up in hopes of stopping the violence.

MORE: The victims of the deadly Baton Rouge police shooting

The warning cited one gang's promise to elevate the status for members who target police, and another promise that the murder of a federal agent would have more impact than local police.

"If gang members nationwide decide to mobilize and to do the same thing, it could almost immobilize and overwhelm the law enforcement community and the community itself," former special agent with the FBI Steve Gomez said.

"What's most alarming about this alert is the fact that the threat is nationwide," Gomez continued. "Back in 1992, we saw the issues of targeting law enforcement primarily in the Los Angeles area. This is clearly a nationwide problem."

Since five officers were killed in Dallas, many departments across the U.S. have taken extra precautions to ensure officer safety.

In Los Angeles, the rapper The Game and LAPD Chief Charlie Beck joined forces in a new public service campaign.

"It's time to stop the violence," Beck said in a new public service video. "You can be the difference, be the change."

"So this is my stand, a positive stand to unite," The Game followed. "Let's unite, stop the violence. Be the change."