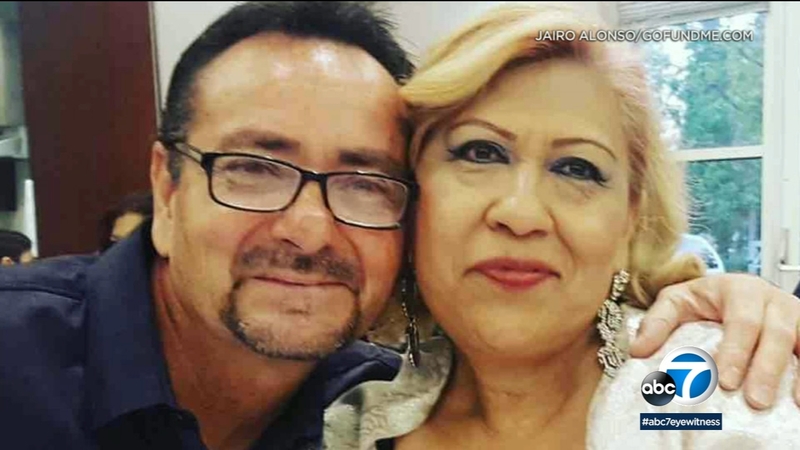 LOS ANGELES (KABC) -- Jesus "Chuy" Valladolid is a hard-working father and husband who drives 100 miles every day for work - a job that last week happened to land him in the wrong place at the wrong time.

Though he is believed to have no connection to the suspect, he was wounded when one of his coworkers at a North Hollywood gas station was targeted and fatally shot by the gunman.

Relatives say Valladolid is dedicated to his family and church and he drives 50 miles each way from Orange County to his job at the gas station.

His friends and family had just celebrated his 55th birthday with a surprise party the weekend before the shooting, according to his son.

Also working at that Shell station in North Hollywood was Azucena Lepe.

Police say suspect Gerry Dean Zaragoza targeted Lepe, fatally shooting her shortly after shooting three of his own family members at their Canoga Park home around 2 a.m. on July 25.

Lepe's family says Zaragoza had been harassing her for at least a year and she wanted nothing to do with him.

It doesn't appear there was any prior connection between Zaragoza and Valladolid, but he was working at the station when Zaragoza allegedly shot Lepe.

Four bullets hit Valladolid in the stomach and three in the right arm, according to his son.

He survived after surgery and two blood transfusions.

But his family says he has a long, and expensive, road to recovery ahead of him.

They have established a GoFundMe to help with his medical bills and other expenses.