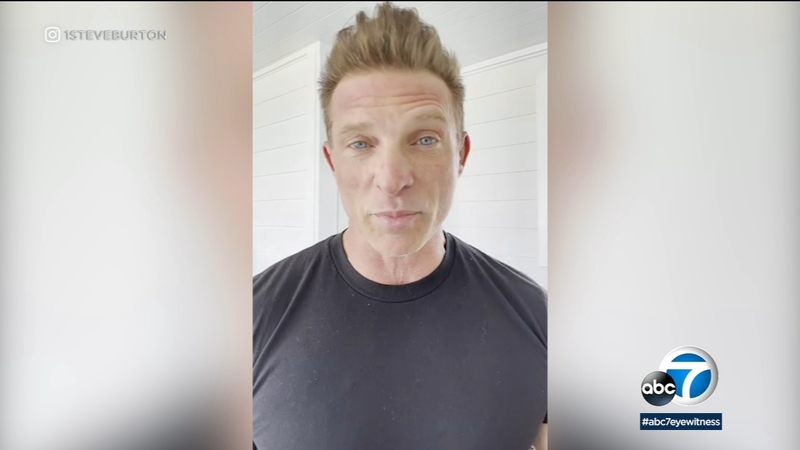 LOS ANGELES (KABC) -- Actor Steve Burton, a fixture on "General Hospital" for more than three decades, has been fired from the show for his refusal to get vaccinated, he told fans on Tuesday.

Burton has played Jason Morgan on the daytime soap on and off since 1991.

Burton said he had applied for medical and religious exemptions to the vaccine mandate but was denied.

"Which, you know, hurts," Burton said. "But this is also about personal freedom to me. I don't think anyone should lose their livelihood over this."

In an upbeat message posted to Instagram, Burton thanked his fans for their support over the years.

Actor Steve Burton posted this video to Instagram to tell fans he had been fired from "General Hospital" for his refusal to get vaccinated.

Burton's character, Jason Morgan, is one of the longest-running on the show, originating with child actors in the 1980s.

While he said he was being let go because of the vaccine mandate, Burton remains hopeful of returning to the show one day.

"I am excited to see what the future brings. And maybe one day if these mandates are lifted, I can return and finish my career as Jason Morgan. That would be an honor."

"General Hospital" is produced by ABC, the parent network of this station.

ABC confirmed Burton is no longer on the show and filmed his last episode on Oct. 27.

Burton is at least the second actor on the show fired because of the vaccine mandate.