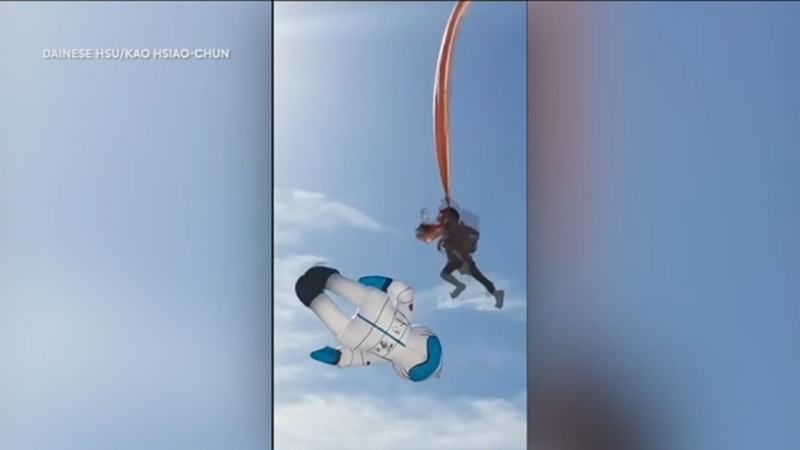 HSINCHU, TAIWAN -- People everywhere are breathing a sigh of relief after a terrifying accident for a little girl.

A frightening new video shows the 3-year-old girl being swept up in the air by a kite after a strong wind gust at a kite festival in Taiwan.

The girl is seen dangling above a stunned crowd of onlookers for a few seconds after getting tangled up in the kite. She eventually landed safely as many rushed to her aid. Festival officials said the kite was supposed to carry candy and drop it from the sky for children to catch.

Fortunately, the girl wasn't seriously hurt. She did have scratches on her face and neck, according to the Taiwan News. Mayor Lin Chih-chien apologized after the incident, saying "The city government team offers its sincere apology to the victim and the public."