How you can avoid scams on Giving Tuesday 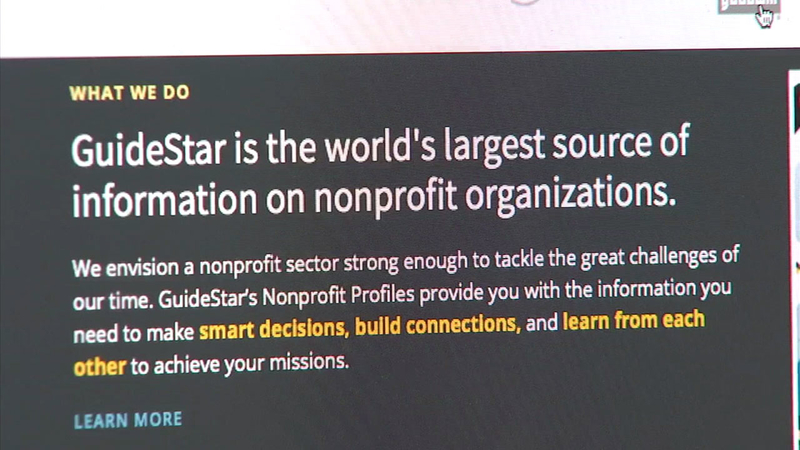 How you can avoid scams on Giving Tuesday

LOS ANGELES (KABC) -- It's Giving Tuesday and the global day of charity offers plenty of worthwhile causes that need money, but experts also warn people to be on the lookout for scams.

Project Angel Food, a Los Angeles-based nonprofit, served its 11-millionth meal during the charitable day. It was an emotional moment that took nearly three decades of volunteers delivering medically tailored meals to men, women and children across the city.

"After 28 years, this organization is still there. It's still serving with love and with excellence. Even now, 1,300 people a day," founder Marianne Williamson said.

But while Project Angel Food is a good example of a charity doing things right, fulfilling its mission statement and putting donations at work, other so-called charities may be scams.

Consumer Watchdog president Jamie Court warned of scams that are more common than you think. His message to the public is simple - giver beware.

"I've heard of charities that raise money to give surgery to kids and then never give the kids those surgeries. We've seen charities that feed on people's love of pets and adoption of pets, but they don't really ever put pets up for adoption," he said.

He said on Giving Tuesday or any other day, people need to research the organization they may want to donate to. A way to do that, according to Court, is by going online. One good place to start is with guidestar.org.

"It'll give you information about who runs the organization, how much money it has, what percentage of the dollars it takes in actually goes to programs or services as opposed to administration and fundraising," Court said.

You can even access a charity's tax returns and see exactly where your donations are being spent.

"That's probably the most important question if you're really investigating a charity. So be really careful, do your research and make sure you're spending your money wisely even if you're giving it away," Court said.

At Project Angel Food, clients such as Tony Rivers, who suffered a stroke a year ago, count on the delivered meals daily. Williamson hopes the bad seeds in the charity world won't deter people from giving.