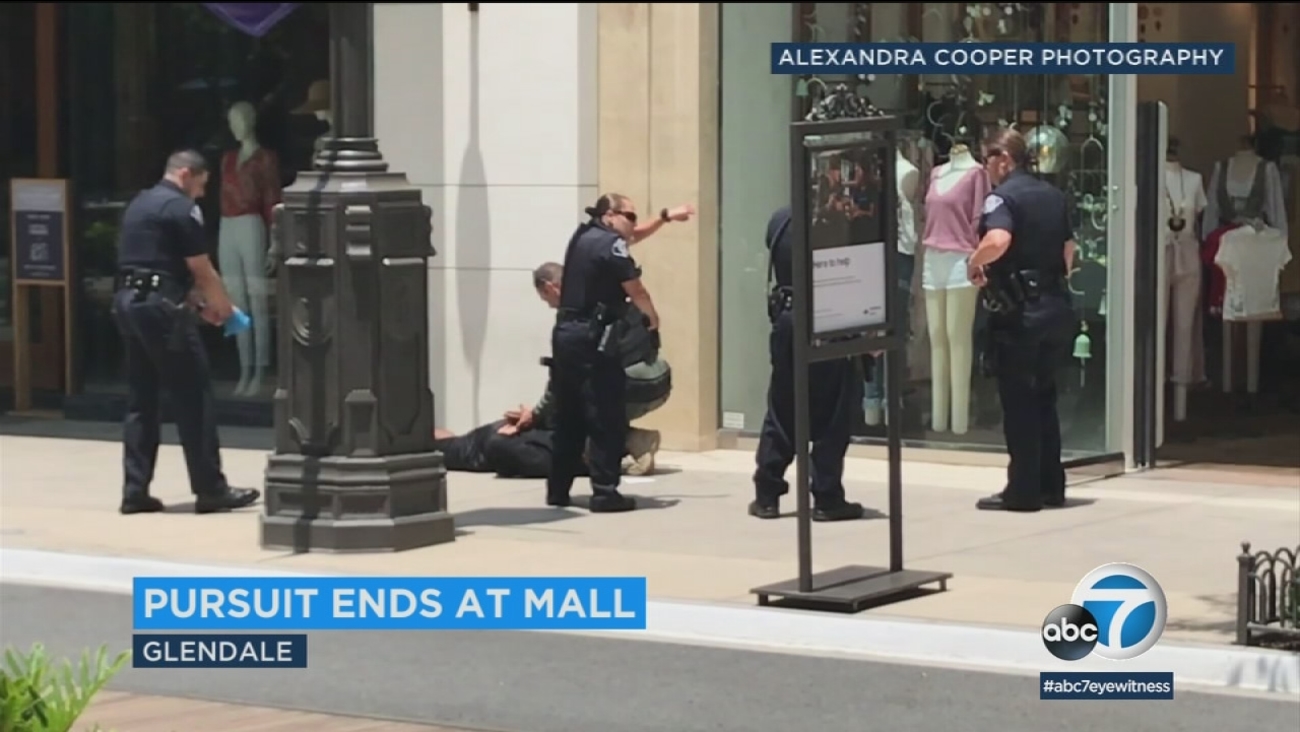 A burglary suspect was arrested at the Glendale Galleria after evading police during a chase on Wednesday. (KABC)

GLENDALE, Calif. (KABC) -- A burglary suspect was arrested at the Glendale Galleria after evading police during a chase on Wednesday.

Los Angeles police officers were in pursuit of a black BMW with three on board described as "knock-knock burglary" suspects.

Police said the men are suspected of knocking on doors of homes to determine whether residents are home, and then entering the homes to take jewelry and cash.

"We had a little bit of knowledge that something was going to be going on, so we worked with the sheriffs," said LAPD Det. Bill Dunn. "We ended up watching them do a burglary, commit a burglary."

Dunn said the alleged burglary occurred at a home in the area. Police followed the suspects from the home, which led to the chase.

The chase made its way through the North Hollywood area before arriving in Glendale, where the suspects were seen pulling into a parking structure near the Galleria mall.

Police found the suspects' car, but the suspects fled on foot. Authorities set up a perimeter as they continued their search for two others.

One suspect was taken into custody, according to a tweet from the city of Glendale's account. The tweet added that as police search for the remaining suspects, stores and restaurants will remain open but some parking structures will be closed.