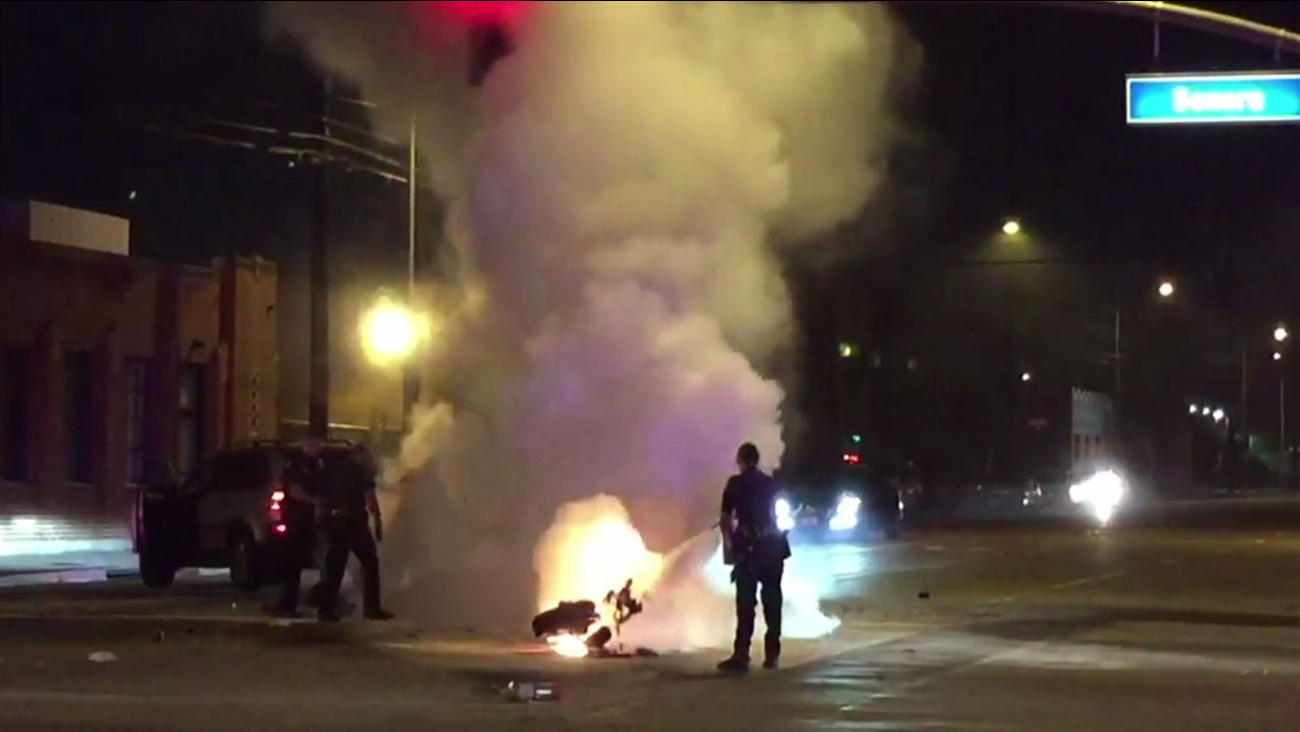 A witness at the scene captured footage of a fiery and fatal motorcycle crash in Glendale on Saturday, April 15, 2017. (KABC)

GLENDALE, Calif. (KABC) -- A motorcycle rider was killed in a crash at a Glendale intersection, authorities said.

The crash happened around 8 p.m. at the intersection of Sonora Avenue and Flower Street.

The motorcyclist, a man in his 30s, was hit by a car. The driver of the vehicle was not injured or impaired and remained at the scene.

Authorities said the motorcyclist was pronounced dead at the scene. Video captured at the crash site shows officers trying to put out a large fire that engulfed the motorcycle after the deadly crash.

Firefighters and paramedics tried to resuscitate the motorcyclist, but could not.

The intersection was expected to be shut down for a few hours. No further information was immediately available.