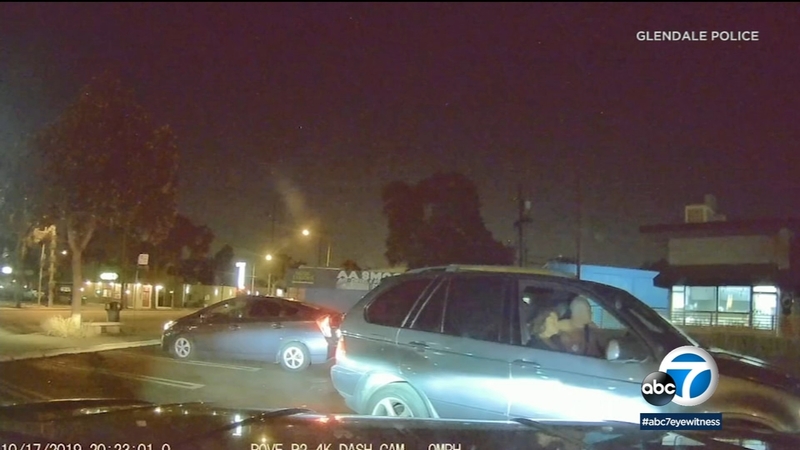 Naked man exposed himself to boy in Glendale, police say

GLENDALE, Calif. (KABC) -- Authorities are looking for a man who they say exposed himself to an 11-year-old boy at a Glendale parking lot.

The naked man allegedly drove up to the parking lot at Western Avenue and Victory Boulevard on Oct. 17, according to the Glendale Police Department. The boy got out of the car while his mother was still inside.

Video taken at the scene shows the male driver approach him with a female passenger and attempt to get the boy's attention by waving him toward his car, police said.

"When the mother saw what was happening she yelled at the man and woman and they drove out of the parking lot and out of sight," police said in a press release.

The unidentified man was driving a gray or silver BMW X5 with license plates that may contain the letters LMN or LNM. He is described as a middle-aged man with graying hair.