1 killed, 1 wounded in shooting outside of Glendale restaurant 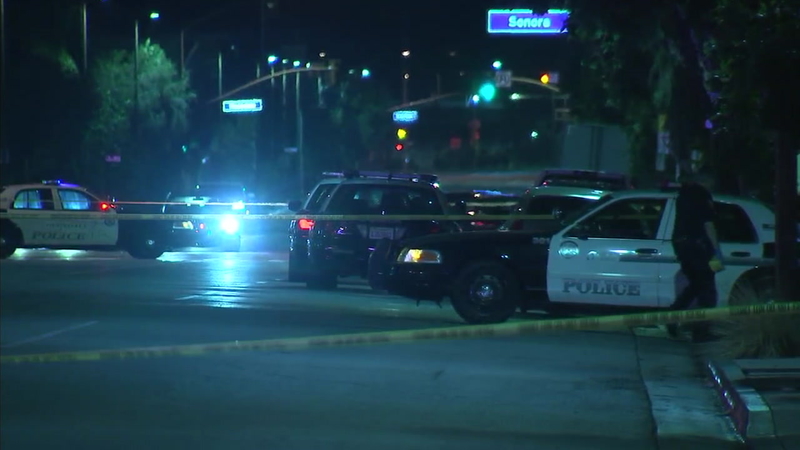 GLENDALE, Calif. (KABC) -- One man died and another was wounded in a shooting outside of a restaurant in Glendale.

Authorities said the shooting happened around 8:22 p.m. Saturday in the 6400 block of San Fernando Road, near the Ararat restaurant.

The victim is said to be a man in his 40s or early 50s. The other man was treated at the scene for his wound. Authorities said the wounded man suffered non-life-threatening injuries and was not taken to a hospital.

"At this particular restaurant, it is more of a banquet hall type of restaurant. There's several events going on at one time - so you'll have weddings, you'll have anniversaries. So there are a lot of people there, at least 100 people that are there right now. We've got a lot of work right now because we need to talk to every single one of them to see if we can come up with as many witnesses as we can," Sgt. Dan Suttles said.

The description of a suspect was limited, but authorities said they're looking for a man who fired a pistol. He escaped on foot and then jumped into a vehicle.

There was no description available for the vehicle, although earlier reports indicated it could be a truck.