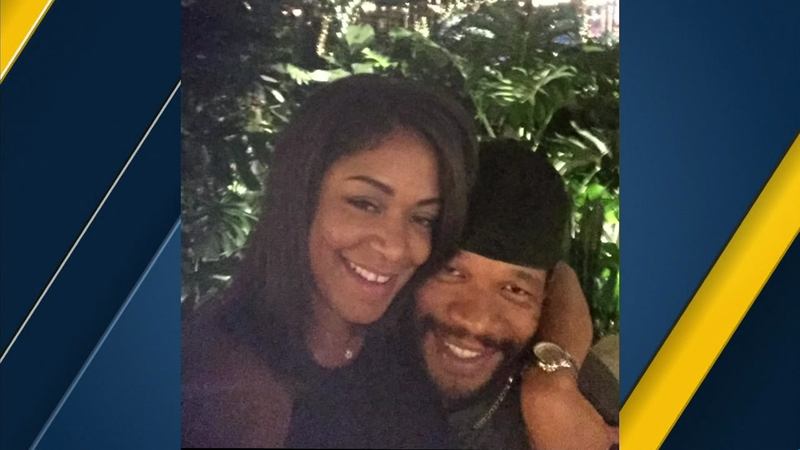 GRAND TERRACE, Calif. (KABC) -- A heartbroken fiancee is speaking out after her husband-to-be was killed trying to help victims of a crash on the 215 Freeway.

Tanisha Moss and her fiancé Wykin Harris were driving in the rain on the southbound 215 Saturday when they saw another vehicle involved in a rollover crash.

The 40-year-old Harris was a firefighter with the U.S. Forest Service.

"He pulled over to the side, he said I am going to help," a tearful Moss recalled. "This guy he helped was injured."

Harris swung into action and started to direct traffic away from the crash.

Moss says she begged him to come back to the safety of their vehicle.

"He is doing what he is trained to do," she said. "He gave me a kiss. That was the last time I saw him before the second car struck us - and struck him first."

Harris was killed and Moss was injured after an alleged drunk driver hit their vehicle.

Moss says the two were high school sweethearts. Eight years ago, they reconnected and next month they were preparing to walk down the aisle with their family and friends looking on.

"He died doing something that he wanted to do and I have to tell myself that because I miss him so much," she said.

A GoFundMe page has been established in Harris' memory to help Moss with finances.