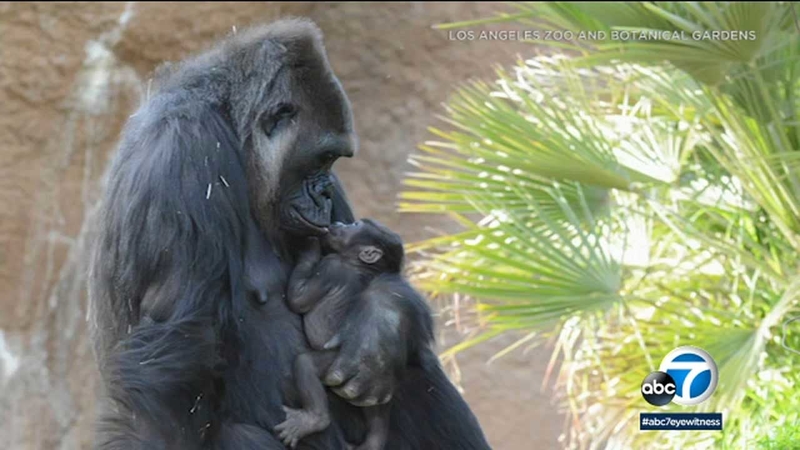 L.A. Zoo reveals the name of its baby gorilla

The western lowland gorilla was born Jan. 18 to mother N'djia and father Kelly.

A longtime donor to the zoo suggested the gorilla's name.

"We have long hoped for the birth of a female gorilla so that we could name her in honor of our daughter, Angela Collier, who spent her short life believing that the most important contribution she could make to the world was for the welfare of animals," said Basil Collier, director of the Angela Collier Foundation.

The foundation was formed in 1996 to promote animal rights and prevent animal cruelty.

"We think the name is perfect, considering this girl was born here in Los Angeles, which naturally makes her a proud Angeleno," said the zoo's director of animal programs, Beth Schaefer.