Gov. Gavin Newsom announces California will phase out all new gas-powered cars by 2035 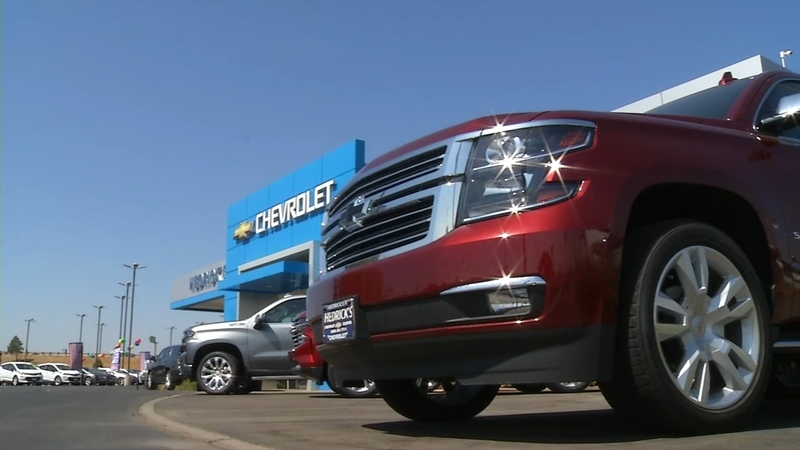 Gov. Gavin Newsom announced California will be phasing out all gasoline-powered cars by 2035 in a major effort to reduce the state's emissions.

The governor signed an executive order that requires all new cars and passenger trucks sold in California be zero-emission vehicles by the 2035 deadline.

The executive order will not make it illegal for Californians to own gas-powered vehicles or to resell them as used cars.

The California Air Resources Board will also be working on regulations that will mandate medium and heavy-duty vehicles also have zero emissions (wherever possible) by 2045.

Transportation accounts for more than half of the state's carbon emissions, the governor said. This executive order would result in a 35% drop in greenhouse gas emissions, Newsom's office estimated.

"I don't know of any other state in this country that's been more forceful and forthright in establishing and anchoring a consciousness around climate change," said Newsom in a press conference Wednesday. "We just want to fundamentally reconcile the fact we're no longer living in 19th century, and we don't need to drill things or extract things in order to advance our economic goals and advance our mobility needs."

The executive order lays out several other priorities, including:

CA PROPS: Everything to know about the 2020 ballot measures

The California New Car Dealers Association released a statement in response to the governor's executive order: "Bypassing the elected legislature and directing the California Air Resources Board (CARB) to adopt rules to prohibit the sale of non-ZEV vehicles to enact this significant transportation policy change is deeply troubling and deprives Californians of a direct voice in this important issue."

The governor faced questions Wednesday on the affordability of electric cars, as he stood in front of a fleet of high-end electric cars. He made the point that the price of electric vehicles is coming down and moving toward "price parity" with gas-powered cars in the next few years. Newsom emphasized there are other cost savings that come with electric vehicles, as well.

The path forward on Newsom's newly-announced initiative is likely to be a challenge, politically and legally. President Donald Trump has previously tried to bar California from setting auto emission standards that are different from the country's standards.

Newsom is set to join a virtual panel with 10 other governors to discuss how their states are staying committed to the Paris Agreement emissions targets, despite the United States pulling out of the agreement.

The governor has been speaking about climate change and environmental issues more in recent weeks, as the state continues to grapple with devastating wildfires.