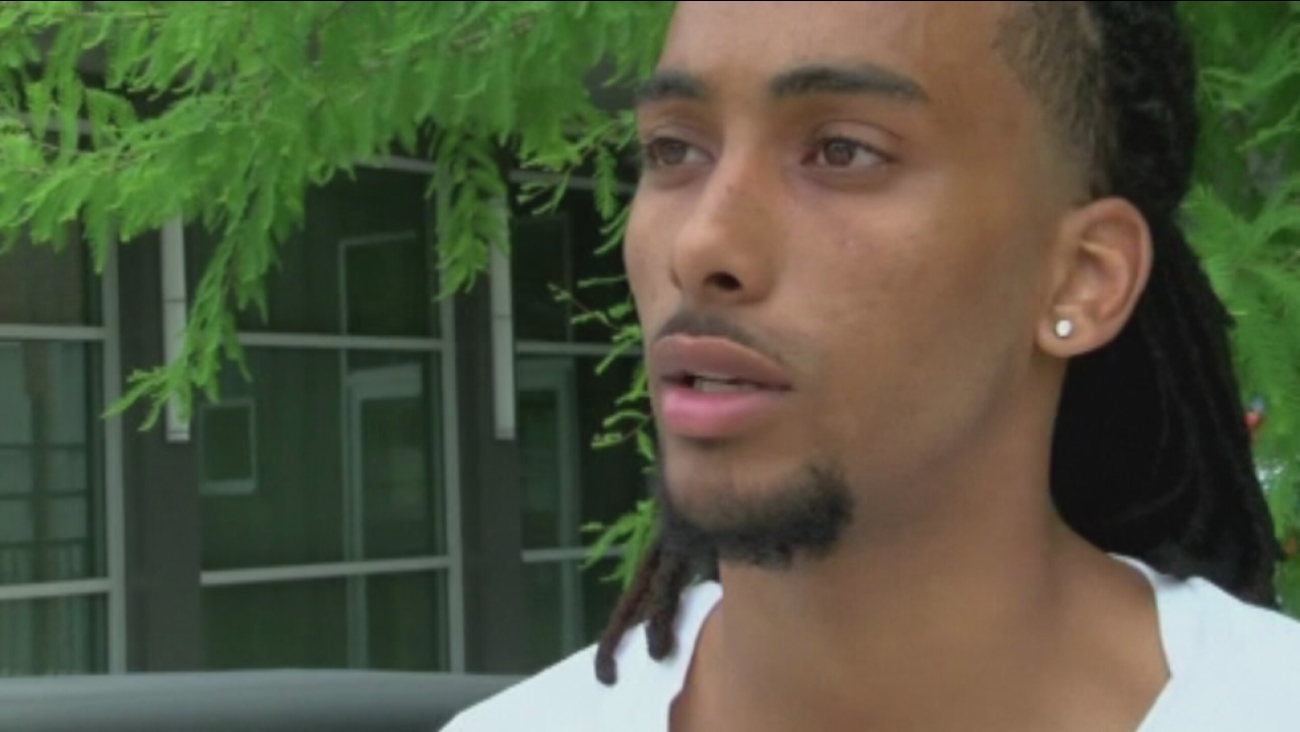 Andrew Jones never made anything less than an 'A,' his entire four years at Amite High School. (WPVI)

AMITE, La. -- A teenager in Louisiana was the student of the year at his high school, but he wasn't allowed to take the stage at his graduation ceremony because of his facial hair.

Andrew Jones never made anything less than an "A" his entire four years at Amite High School.

"He's got a child, he's got a baby, and he's still managed those grades," Andrew's aunt Sabrina Davis said.

He also excelled in sports, and landed a college scholarship.

Andrew proudly donned his cap and gown and headed to the SLU Assembly Center to take his spot on the stage on Wednesday.

The program even had his name on it: Student of the Year.

But school officials took his cap and gown away from him and barred him from the stage. Andrew and a group of students were told they had to shave before they could march across the stage.

Andrew shaved the sides, but chose not to shave the goatee. Because of that, Andrew said he wasn't allowed to participate in his own graduation.

"They told us the morning of the graduation, but I seen other schools that graduated a couple days before us, and all their students had this and they still graduated," Andrew said.

For Andrew, the graduation night rules were especially confusing since he said no one made an issue about his facial hair during the entire regular school year.

"I went all four years with it," Andrew said.

The Amite High principal declined a request by WVUE for an interview, but Superintendent Mark Kolwe told WVUE that he couldn't answer for what school administrators did previously.

Kolwe said the Tangipahoa Parish school system has a policy that male students must be clean shaven, and he said that Andrew was denied the stage after he personally tried to get him to shave.

"I feel they should have let me march, the hair on my face has nothing to do with school; I wasn't distracting anybody," Andrew said.

Others who did shave, were allowed to participate.

The local NAACP is looking into the matter.

"His robe and cap were taken so he could not march, and that it is just wrong," NAACP Chapter President Patricia Morris said.

Andrew will never have another high school graduation, but said he stands by his decision.

"It's something I can't get back," Andrew said.