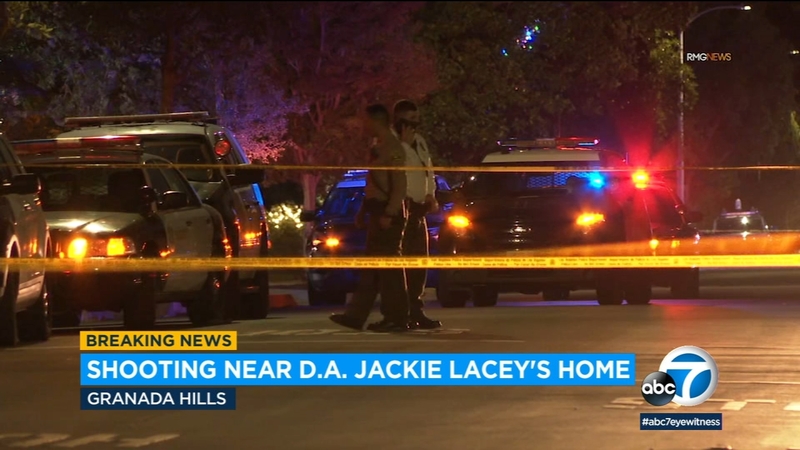 A security team for Lacey was involved in the incident, which was prompted by attempted car theft around 6:20 p.m., according to the Los Angeles Police Department.

According to police, the security detail had two cars outside Lacey's home. As a security officer exited one of the cars, two suspects pulled up in their own vehicle.

Investigators from Lacey's personal security detail from the D.A.'s office noticed the suspects attempting to steal a car that was parked in the area. One of the officers opened fire during a confrontation with the suspects.

The two suspects fled the scene without being struck by gunfire.

During a Saturday night press conference, LAPD Commander Alan Hamilton said the suspects crashed their vehicle after fleeing and got into another vehicle. No arrests have been made.

Police said they don't believe Lacey had any involvement in the incident or was a target of any crime.