All lanes of I-80 in Berkeley closed due to protest 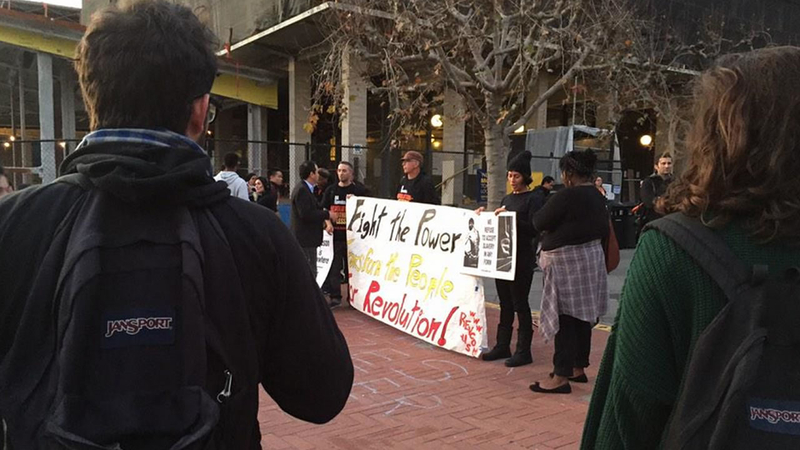 Berkeley businesses brace for another protest

BERKELEY, Calif. -- Traffic has come to a standstill after hundreds of protesters marched onto Interstate 80 near University Avenue in Berkeley. The downtown Berkeley BART station also remains closed due to hundreds of demonstrators joining national protests following the two recent grand jury decisions in the Michael Brown and Eric Garner cases.

Business owners in the East Bay are still recovering from several nights of violent protests and have been told to close early.

Protesters gathered on Monday at Telegraph Avenue and Bancroft Way in Berkeley. That's where the protests have heated up over the last couple of nights, so there's a lot of concern about what may happen.

Mayor Tom Bates told ABC7 News he is proud of his city's rich history of demonstrations and peaceful protests. What he's seen the past two nights is unacceptable.

It was a destructive weekend in Berkeley after two nights of demonstrations left more than a dozen businesses with damage, mostly broken windows.

"It was really disturbing," Bates said. "It turned violent and it turned violent in a way that we haven't seen here for a long, long time. Over the weekend, over 16 various stores were trashed, not just major businesses, but small businesses," he added.

Bates does acknowledge that his police force may have overreacted, especially on the first night when tear gas was deployed into the crowd, so he promised a review of those actions.

On Sunday night, police seemed to take a different approach by staying well back, but there was yet more vandalism in the downtown area.

"People are angry and they have the right to be angry," BAM spokesperson Benjamin Lynch said.

Lynch was among the demonstrators out on Berkeley streets the past two nights.

"What happened in Berkeley was there was a bunch of peaceful protesters and the Berkeley police were out of control. They attacked people with batons. They knocked people to the ground," Lynch said.

Besides another protest Monday evening, demonstrators plan to try to shut down the city council meeting Tuesday night.