Mahershala Ali, the man of many names, proves his way with words in 'Green Book' 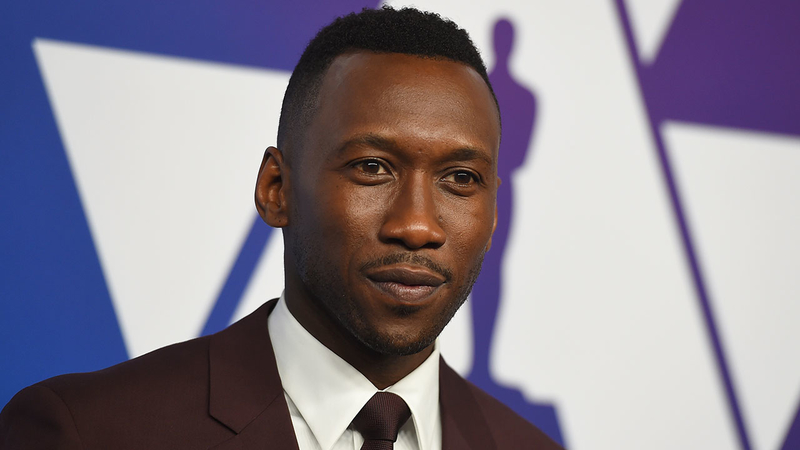 Oscar nominee Mahershala Ali: the man of many names

A man of many names

Raised in Hayward, California, near Oakland, the now-successful actor was born Mahershalalhashbaz Gilmore in 1974. He said his original first name is the longest word in the Bible.

He played basketball at St. Mary's College of California under a shortened version of his name, Mahershala Gilmore. He told Jimmy Kimmel that, though he ultimately decided playing basketball competitvely wasn't for him, he took away a lot of lessons from the experience.

"It's good preparation in terms of learning how to share and not making it about you and knowing that you're going to win as a result of the efforts of your teammates and yourself," the actor reflected.

He took on a new last name after converting to Islam as a young adult. Now Mahershalalhashbaz Ali, the actor got his start as an actor on crime and mystery TV series in the 2000s. He went with yet another name, Prince Ali, when he released his first rap album.

Mahershalalhashbaz returned to the shortened version of his first name because, as an actor, he wanted something that was easier to pronounce.

"I'd love for people to be able to say my name. Especially with the work I do," he told his alma mater ahead of his 2012 film The Place Beyond the Pines. "I'm ready to embrace this version of my name now. Easier for all!"

He took on bigger and bigger roles, including as Boggs in two installments of The Hunger Games and Remy Danton in House of Cards, but the best was yet to come.

Mahershala Ali burst into the national spotlight in 2016 by proving the man with many names can also play many parts: a Marvel villain in Luke Cage, an enamored colonel in Hidden Figures, and a sensitive drug dealer in Moonlight, which earned him his first Oscar nomination and win.

Ready for a repeat?

Ali is once again nominated at a time when he has a tapestry of new work, from his transformative performance as Detective Wayne Hays across the decades in True Detective to his surprisingly complex voice-acting gig as Uncle Aaron in Spider-Man: Into the Spider-Verse.

For his Oscar-winning performance in Green Book, Ali plays eccentric musician Dr. Don Shirley who, like the actor, has a way with words. But true to his athletic roots, Ali worked with co-star and Best Actor nominee Viggo Mortensen to bring out the best in each other's performance.

"The evolution of both the characters is really beautiful and dynamic and revealing about humanity," Ali told The View.

With his win, Ali is among the actors to earn two Oscars very quickly their careers and cements his place in an entirely new level of superstardom.

"I thank my partner Viggo. It was extraordinary working with you," Ali said. "I want to dedicate this to my grandmother who has been in my ear my entire life telling me that if I don't succeed, try, try again, that I can do anything that I put my mind to. Always, always pushing me positively and know I could not be here without her because she has gotten me over the hump every step of the way."
Report a correction or typo
Related topics:
arts & entertainmentoscarsacademy awardsaward showsmoviesactormovie newsmercedes benz usa oscars fashionmercedes benz usa oscars
Sponsored Content
Copyright © 2022 KABC Television, LLC. All rights reserved.
OSCARS
Oscars will have a host this year
Marilyn Bergman, Oscar-winning composer, dies at age 93
Oscar-winning composer Buffy Sainte-Marie still making art at 80
Boyle Heights takes spotlight at Academy Museum