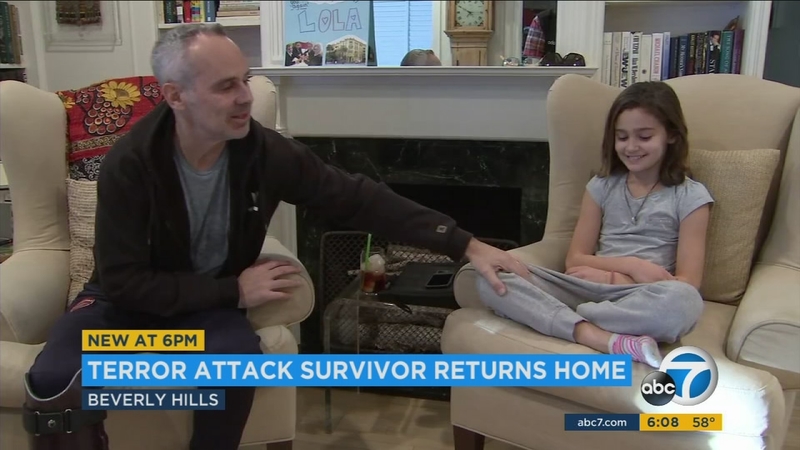 BEVERLY HILLS, Calif. (KABC) -- A Culver City man who was seriously injured in the terrorist attack in Nice, France in July 2016 was finally back home after a long period of recuperation.

After six months of recovery in France, Greg Krentzman is happy to be back. He, his wife and 10-year-old daughter Lola survived the truck attack.

ISIS claimed responsibility for the truck driver who barreled through a crowd of people celebrating Bastille Day. Eighty-six people died.

The truck was going about 60 mph when it hit struck Krentzman. He suffered 12 fractures from his knee to his foot and needed a skin graft.

Lola broke her ankle in the chaos of avoiding the truck.

In the months that followed the attack, The Krentzmans stayed in France while Greg received care. They had support from their family there and in California.

Now, they said they're just thankful to finally be home.