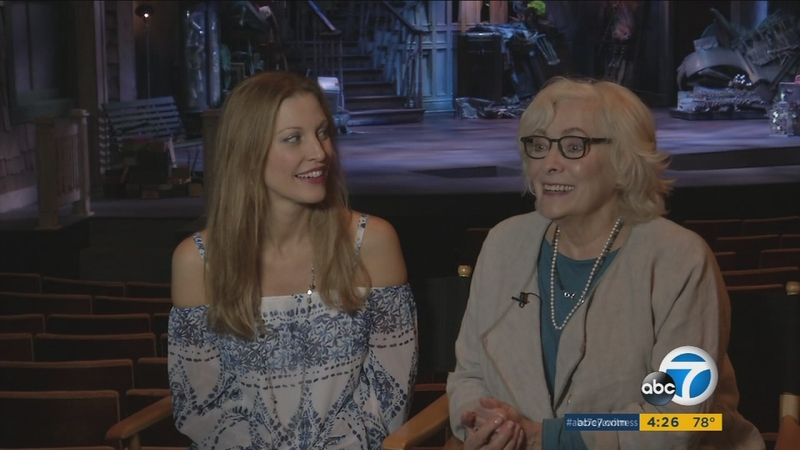 LOS ANGELES (KABC) -- "Grey Gardens," a musical depicting the lives of the aunt and cousin of Jacqueline Kennedy Onassis, visits the Ahmanson Theatre in Los Angeles from July 13 to Aug. 14.

Betty Buckley and Rachel York star as mother and daughter, Big and Little Edie Bouvier Beale, who were American aristocrats living the high life in the Hamptons.

Based a true story, "Grey Gardens" shows viewers how the pair went from being aristocrats to recluses with nothing left but their memories, music and cats.

"It is a comedy and a tragedy at once," York said.

"Grey Gardens" was previously a documentary released in 1975. Buckley and York used the film to learn about the family.

"Big Edie was just an old hippie. She was like one of the original old hippies. You know, in a way, she had this old bohemian spirit and free spirit, and you know, loved the arts," Buckley said.

Big and Little Edie had a very codependent relationship with strong personalities, and the story has many mysterious layers, according to York.

When director Michael Wilson asked Tony winner Buckley who she wanted to working with, she chose York.