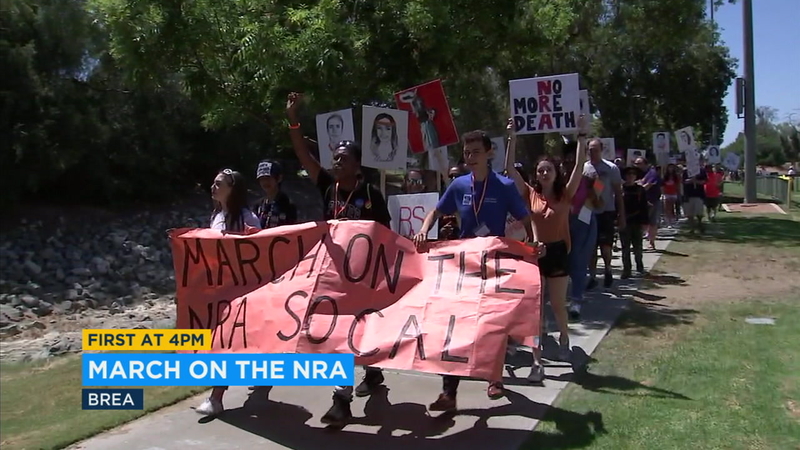 FULLERTON-, Calif. (KABC) -- Gun control activists and supporters marched across the country on Saturday as part of the National March on the NRA to raise awareness of gun violence and call for more protective measures.

In Southern California, one of the events was held in Orange County as dozens of people marched from Brea to Fullerton to demonstrate in front of the California Rifle and Pistol Association.

Supporters of gun rights also held their own demonstration, the "March for Our Rights," nearby to defend gun ownership and the Second Amendment.