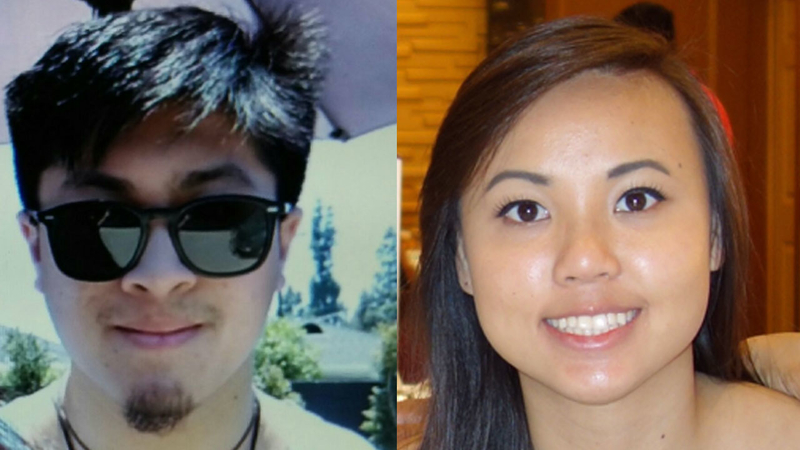 Rachel Nguyen, 20, and Joseph Orbeso, 22, both of Orange County, had been missing since July and were identified by the coroner after their bodies were located far north of the Maze Loop Trailhead inside the park.

Investigators said based on evidence located at the scene, they believe Orbeso shot Nguyen, then shot himself. A gun found near the bodies was registered to Orbeso.

MORE: Bodies, believed to be SoCal hikers, found embracing one another at Joshua Tree

The San Bernardino County Sheriff's Department said "suspicious circumstances" and "visible injuries to the decedents," led them to request that detectives from the Specialized Investigations Division Homicide Detail respond to the location.

According to the sheriff's department, Nguyen and Orbeso's bodies were found under a tree.

The sheriff's department said it's possible that extreme heat and lack of resources played a role in their demise.

"They had positioned their clothing to protect to cover the lower parts of their body from the sun and the heat," said San Bernardino County Sheriff's Department spokesperson Cindy Bachman. "Investigators say it appeared they were rationing food, and they had no water."

Each hiker was found with a single gunshot wound, according to investigators.

Detectives believe it's possible the situation was so dire, Orbeso and Nguyen decided there was no other way.

"They have nothing to suggest that Joseph had any intent to harm Rachel, just that they probably found themselves in a very dire situation," Bachman said.

The two bodies were found embracing one another by a search and rescue group, which included Orbeso's father, Gilbert Orbeso.

Gilbert Orbeso had been tirelessly searching through Joshua Tree National Park. His son and Nguyen, his son's girlfriend, were first reported missing back in July.

The heart-wrenching discovery Sunday stirred up both pain and relief.

"I feel that we have closure and we know we found them. That was our main goal was to find them... Hope they can rest in peace now," Gilbert Orbeso said.
Report a correction or typo
Related topics:
joshua treesan bernardino countymissing person
Copyright © 2021 KABC-TV. All Rights Reserved.
More Videos
From CNN Newsource affiliates
TOP STORIES