Don't throw away your shot of you see 'Hamilton!' Safety protocols you need to know 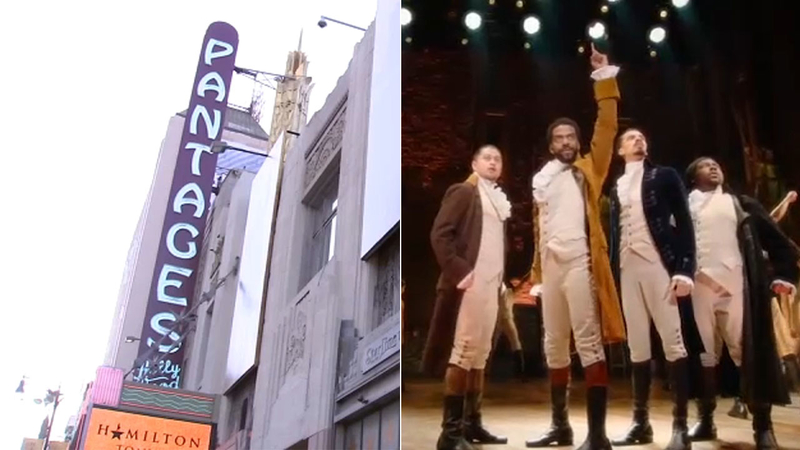 'Hamilton' returns to tell his story at Hollywood Pantages Theatre

HOLLYWOOD (KABC) -- It was March of 2020 when the pandemic forced us into shutting just about everything down. Included in that for the past 17 months: the Hollywood Pantages Theatre.

But that's all about to change as "Hamilton" lives to tell his story again. And the key word here as the show is set to go on: safety.

Hollywood's Pantages Theatre intends to operate at full capacity for "Hamilton" but if you come to see the show just know this: masks are required inside the building. But General Manager Jeff Loeb says before you're even let in, you'll need to show proof your vaccinated. And if you're not - -

"All we ask is those people, and those under 12, bring a negative PCR test that's taken within 72 hours of the performance," said Loeb.

When the theater announced the new policy, it got very few request for refunds and it got an overwhelming amount of positive response on social media.

As for the actors, who are not masked, there is a protocol.

"Everyone backstage is fully vaccinated, and they are masked 100% of the time except the performer's right before they go on stage," said Loeb. "But they are tested several times a week before they come into the building."

"Hamilton" had a dress rehearsal for family and friends with the mask rule in place. When it comes to that, the theater cares about the safety of the entire audience.

"I don't think of it as mask police but we certainly have our staff stationed throughout the venue to keep an eye on everybody and make sure everybody's compliant with the mask," said Loeb.