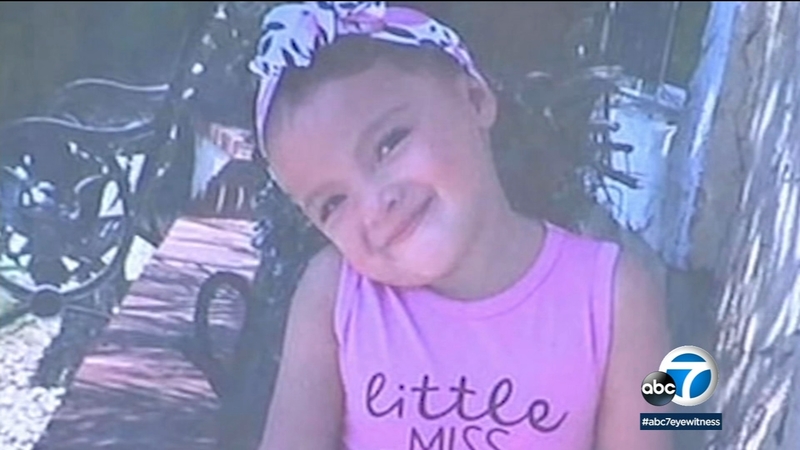 HARBOR CITY, LOS ANGELES (KABC) -- A devastated mother is pleading for justice after her 4-year-old daughter was killed and her 5-year-old son was left seriously injured in a hit-and-run crash in Harbor City.

The children were leaving the park with their father at 8:20 p.m. Friday in the 26000 block of South Vermont Avenue when another vehicle made an illegal U-turn in front of the family, authorities said.

The father swerved to avoid a collision, causing the truck to rollover multiple times and crash into a light pole. Authorities initially described him as the children's uncle.

Nicholas Prange of the Los Angeles Fire Department said the children along with their father were taken to a hospital, where the girl died of her injuries.

Adriana Rodriguez visited a memorial of candles and balloons marking the spot where her daughter, Jayda Sanchez, was killed and her young son and their father were seriously injured.

She says she can't believe her baby girl is gone. Born premature, she fought to survive only to have her young life cut short by a suspect who left her to die in the streets.

Los Angeles Police Department said the driver of the other vehicle is still at large and a description of the fleeing vehicle was not immediately available. Detectives returned to the scene Saturday morning to search for more evidence.

"You know it was you, just come forward. You have to do the right thing. Give her justice," she said.

Jayda's brother and father are expected to survive.