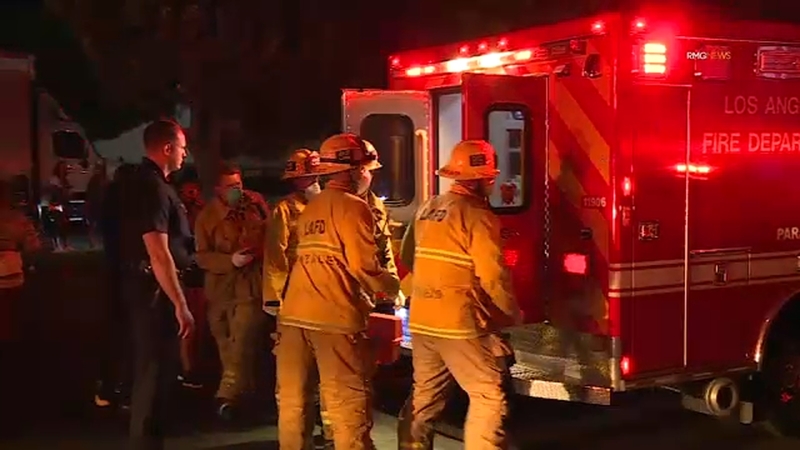 Los Angeles police responded to the shooting after it was reported at about 12:30 a.m. in the 22900 block of Lockness Avenue.

Police said about 100 to 200 people attended the illegal party at the warehouse. Gunfire erupted inside and outside the building, and the five shooting victims -- identified only as three males and two females -- were transported to a hospital. One victim was transported in serious condition, but all are expected to survive.

A sixth victim received cuts trying to climb a fence.

Further details about what led up to the shooting were unknown, but police believe it is gang-related.

A suspect description was not immediately available.