One suspect, 23, had been in an intimate relationship with the victim, believed to be the 73-year-old homeowner, police said.
KABC 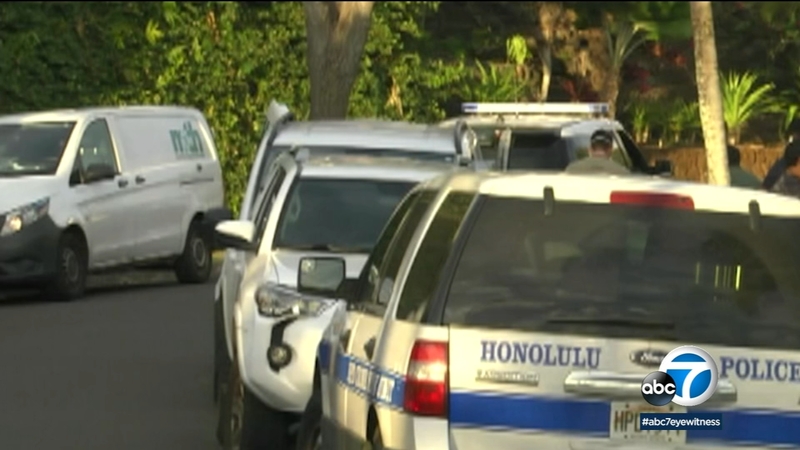 LOS ANGELES (KABC) -- Two murder suspects were arrested in Southern California after a man's body was found encased in concrete in a bathtub in one of Hawaii's most exclusive, gated communities, authorities said.

Police, investigating a missing person's case, entered a Hawaii Loa Ridge home Tuesday where they encountered a strong smell of coffee coming from a bathtub. The tub was filled with concrete and covered with coffee grounds, Hawaii News Now reported.

"The body was in the standalone tub and it was in a state of decomposition once we chipped away at the concrete mixture," said Lt. Deena Thoemmes.

The coffee smell was later overpowered by the decomposing body, she said.

Police had been at the home the day before in response to a missing person's report, she said.

Police questioned a 23-year-old man who claimed to live there. He and a 34-year-old man with him were allowed to leave after determining there were no signs of foul play outside the home.

Police later learned the 23-year-old man had been in an intimate relationship with the victim, believed to be the 73-year-old owner of the home.

"The U.S. Marshals Fugitive Task Force, which includes Honolulu Police Officers, U.S. Marshals and other federal agents, through sources of information tracked the suspects and determined they had fled Oahu to Los Angeles," a news release said.

A multimillionaire who jumped bail while awaiting trial for killing his wife in their Newport Beach home a decade ago, pleaded guilty to second-degree murder and was immediately sentenced to 15 years to life in prison.

Juan Tejedor Baron and Scott Hannon were later located and arrested in Southern California, according to the Honolulu Police Department.

Baron, 23, was taken into custody by U.S. Marshals and Los Angeles police detectives on a Greyhound bus in Anaheim that was headed for Mexico. He was found "hiding in a crawl space under an enclosed bench at the rear of the bus. Baron had pulled back a metal plate near the bus's rear bathroom and crawled under the enclosed bench seat," the statement said.

Hannon, 34, was apprehended by U.S. Marshals and the LAPD near the intersection West Manchester Boulevard and South Oak Street in Inglewood, authorities said.