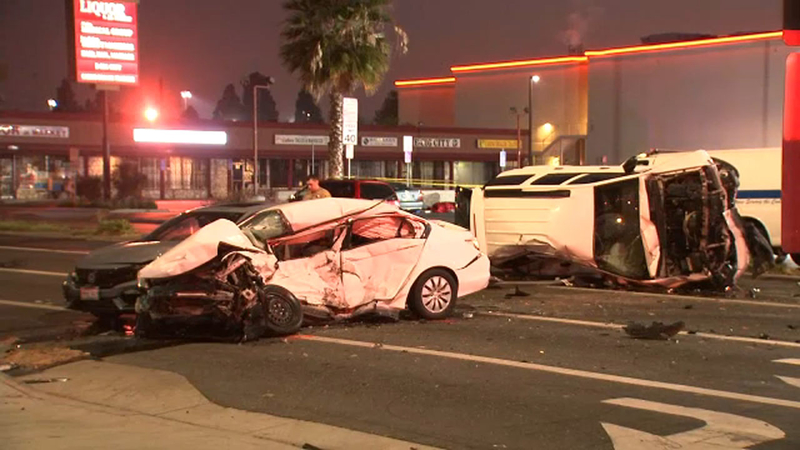 The crash happened at the corner of Pioneer Boulevard and Carson Street around 2:45a.m., according the Los Angeles County Sheriff's Department Lakewood station.

An SUV driver broadsided another vehicle on the opposite side of the intersection, causing the driver of the SUV to be ejected from the car. When authorities arrived at the crash site, the other driver was trapped inside the car. Both drivers were pronounced dead at the scene.

The incident caused a collision with a third car, but that driver was taken to the hospital.