Hawk rescued in Hawthorne after getting stuck in hood of car 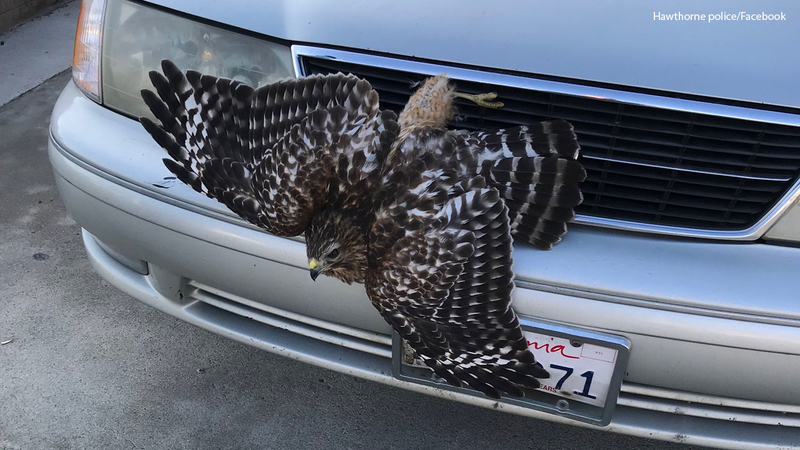 Hawk rescued after getting stuck in hood of car in Hawthorne

HAWTHORNE, Calif. (KABC) -- There was an unusual rescue for police officers in Hawthorne as they helped a hawk that was stuck in the hood of a car.

Hawthorne police posted a video of the rescued hawk on Sunday.

They said a car hit the hawk on a freeway and when the driver got off and pulled over, they realized the hawk was still stuck in the grill of the car.

It was then that the police department was called in, along with the County of Los Angeles Department of Animal Care and Control.