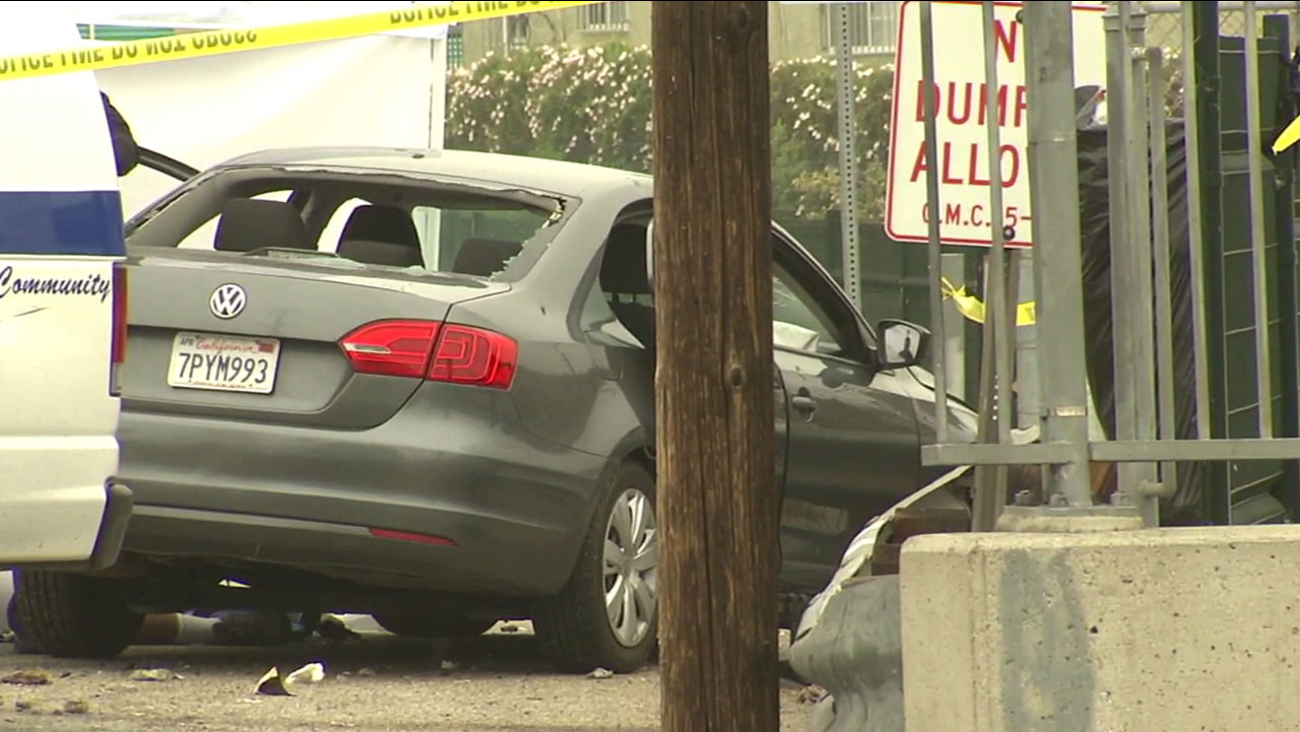 A car with windows shattered by bullets is shown along a street in Hawthorne where a deadly shooting broke out on Sunday, March 20, 2016. (KABC)

HAWTHORNE, Calif. (KABC) -- Three men returning from a church event were shot, one fatally, in a car-to-car shooting in Hawthorne early Sunday, according to the Los Angeles County Sheriff's Department.

Witnesses said four people were inside a car that was stopped at a red light to make a left turn onto Crenshaw Boulevard when a dark-colored sedan pulled up and at least one person from inside the car opened fire and fled, according to police.

Three of the four people in the victims' vehicle were struck. The driver, who family members said is a son of a San Bernardino sheriff's deputy from Victorville, was struck in the upper torso and pronounced dead at the scene. He was identified as William Fifita, 20, of Adelanto, according to the coroner's office.

Two passengers were also struck in the torso and hospitalized in unknown conditions, according to the LASD. A woman in the car was not injured.

The dark sedan was last seen fleeing eastbound and out of view on Rosecrans Avenue, sheriff's officials said.

A detailed description of the vehicle or of the suspect or suspects was not immediately available.