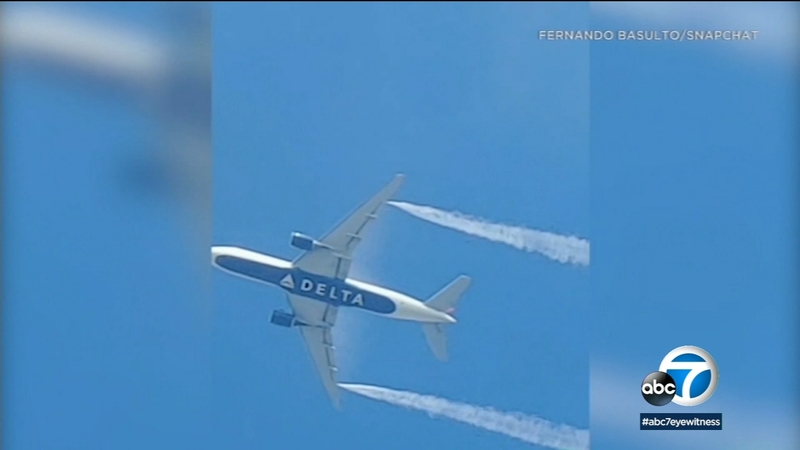 CUDAHY, Calif. (KABC) -- Teachers from Cudahy's Park Avenue Elementary School were in tears Friday as they described their experience when jet fuel rained down on them and their students days earlier.

"I thought, 'Oh, my God, it must be a terrorist attack," one teacher said, recounting the Tuesday incident. "All I could do was to make sure that my students were safe and calm because they were screaming and crying."

They didn't want to give their names as they took part in a news conference to announce a lawsuit against Delta Air Lines.

Their attorney, Gloria Allred, said, "The plaintiffs could feel the fuel on their clothes, their flesh, their eyes and their skin. Fuel penetrated their mouths and noses as well."

Children returned to school the day after a Delta plane made an emergency fuel release over campuses in South Los Angeles while returning to Los Angeles International Airport.

Allred said, "At the time, flight 89 was flying so low that the fuel released did not have time to evaporate or to dissipate before hitting the ground below."

The teachers claim that since the incident they've been experiencing health issues.

One said, "I drove myself to the ER and I was in the ER for like four hours, and then again yesterday I was at the ER for seven hours."

"The subsequent aftermath of sinus, respiratory, and other health issues have plagued me and the other teachers who are with me here today," said another teacher.

ABC7 contacted Delta and was told the airline cannot comment because of the pending lawsuits.