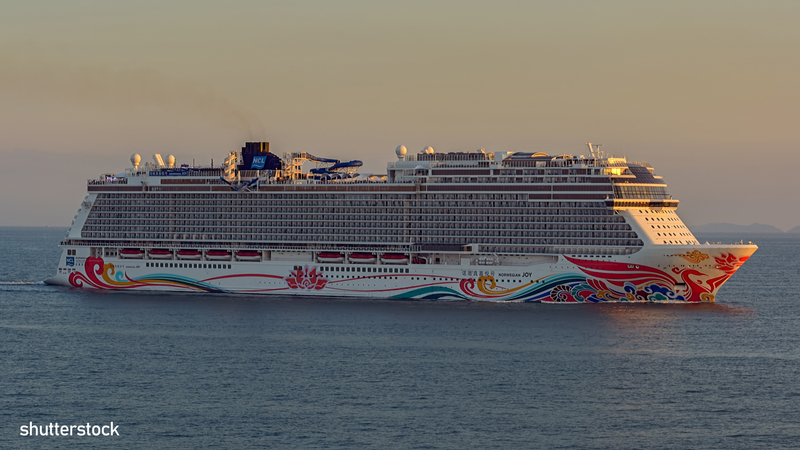 SAN PEDRO, Calif. (KABC) -- Six people were medically evaluated after they reported falling ill while on board a docked cruise ship at the Port of Los Angeles Sunday morning.

The Los Angeles Fire Department responded to the incident on the Norwegian cruise ship, which was reported shortly after 9 a.m., to examine "several persons who have been ill." Officials said the passengers were disembarked from the ship but none of them showed signs of life-threatening symptoms.

Four out of the six passengers who requested further medical treatment were transported to local hospitals, fire officials said.

"The captain...let us know what was going on and told us to be vigilant with our hand washing. There were a lot of changes in the dining area. They washed down everything before the new people sat down," said cruise ship passenger Coleen John.

The ship has a capacity to hold 5,600 passengers including crew members. A cause or source of the reported illness was not determined.

A spokesperson for Norwegian Cruise Line issued the following statement: "The safety, security and well-being of our guests and crew is our number one priority. As such, we operate at the very highest public health standards. During Norwegian Joy's Panama Canal sailing, a few guests on board experienced a stomach related illness. To mitigate any impact of this rare occurrence, we implemented stringent sanitation procedures. As always, we will continue to monitor this situation."
Report a correction or typo
Related topics:
health & fitnesssan pedrolos angeles countyillnesscruise shipport of los angeles
Copyright © 2021 KABC-TV. All Rights Reserved.
More Videos
From CNN Newsource affiliates
TOP STORIES