This woman's incredible achievement started with a bet she made with her husband.
KABC 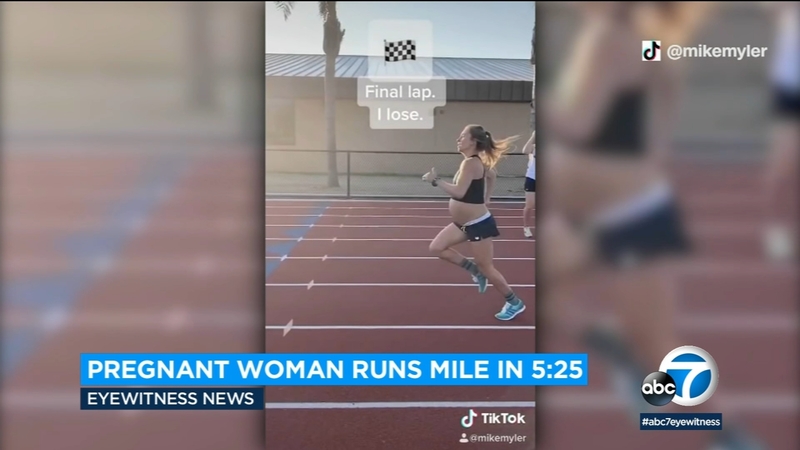 LOS ANGELES (KABC) -- Running a mile in under six minutes is an achievement for anyone, but Makenna Myler took the accomplishment to a new level when she did it a week before her due date.

Myler, who runs with the Valor Track Club in Orange County, is nine months pregnant. The 28-year-old has been running five or six times a week throughout her pregnancy after being cleared by two doctors.

Myler's husband bet her $100 she could not break an eight minute mile while nine months pregnant. She took the bet and crushed the goal by two-and-a-half minutes, coming in at five minutes and 25 seconds.

Myler's achievement was captured in a TikTok video that has received millions of views.