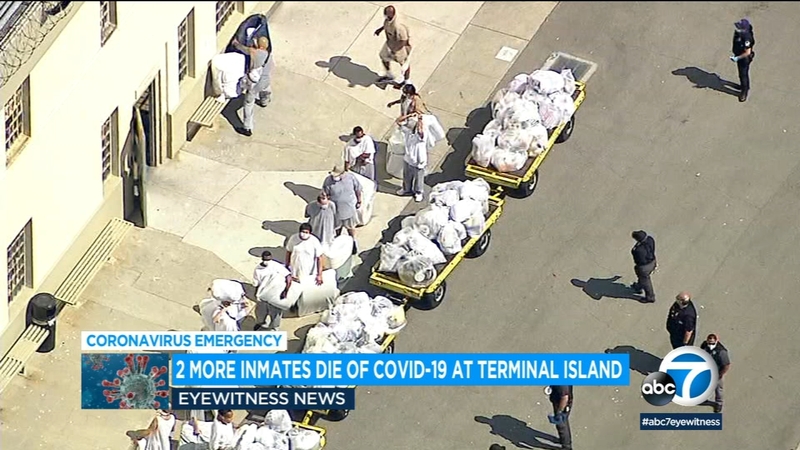 The infection rate among inmates at Terminal Island has exploded in the last week and is now by far the highest in the nation for federal prisons.

Inmate Stephen Cino, 54, had been hospitalized since April 15 and was put on a ventilator Monday. He died Wednesday. Prison officials say Cino had "long-term, pre-existing medical conditions" and had arrived at Terminal Island in mid-January.

Inmate Rex Damon Begay, Sr. tested positive for COVID-19 on April 19. He died Thursday at a local hospital where he was also on a ventilator. Begay was 80 years old and had been in custody at Terminal Island since April 2016.

Terminal Island is a low-security facility that houses 1,053 male offenders and specializes in housing inmates who need long-term medical or mental-health care.

The prison has set up temporary field quarters with the help of the U.S. Coast Guard to separate those who are healthy from those who are infected.
Report a correction or typo
Related topics:
health & fitnesssan pedroterminal islandlos angeleslos angeles countyinmatescoronavirus deathscoronavirus californiacovid 19 pandemicprison
Copyright © 2021 KABC-TV. All Rights Reserved.
More Videos
From CNN Newsource affiliates
TOP STORIES