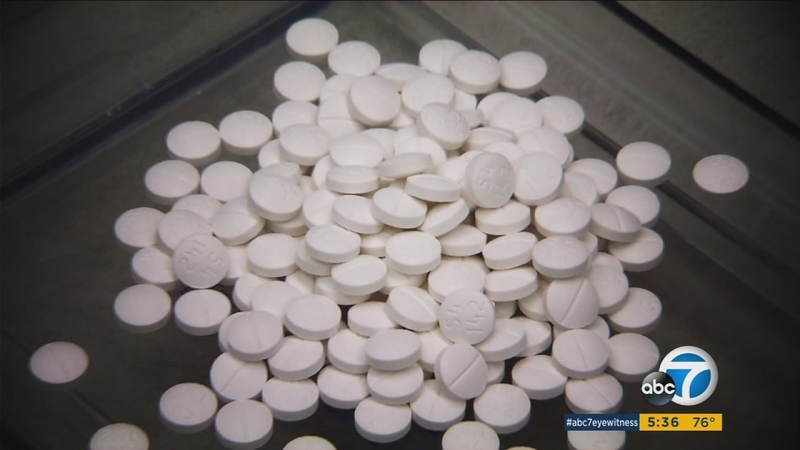 LOS ANGELES (KABC) -- A California legislator wants to tax Oxycontin, Vicodin and other prescription opioids. The idea is to help offset the sky-rocketing costs of addiction and rehab.

In the last few years, Los Angeles County has led the state when it comes to opioid drug overdoses.

California lawmaker Kevin McCarty announced a new bill that would create a 1 cent-per-milligram tax on prescription opioids to help offset the cost of rehab services.

"What we have here is a plan to create a surcharge of opiate sales in California and redirect all those moneys to provided needed services for the communities," McCarty explained.

In the U.S., 91 people die of opioid-related causes every day.

The proposed law would tax opioid prescription wholesalers, but could also impact prices for manufacturers. But some point out the cost may be passed on to patients.

Emergency Room physician Dr. Stephen Kishineff was concerned that addicts who buy opioids illegally won't be the ones shouldering the tax.

But he added the intention is good.

"As a society, it's kind of a nice idea for a tax to be put on something that can be abused in order to help somebody who is abusing it," Kishineff said.

McCarty estimated any impact on consumers would be roughly a few dollars per month.

"So we think there is a real nexus between the opioid industry and the problem that we're seeing out there on the streets. So this ties the two things together to address the problem," McCarty said.

Similar legislation has been proposed at the federal level, but if McCarty's bill becomes law, California would be the first state to enact such a tax on pain killers.
Related topics:
health & fitnesstaxesdrug addictionhealthy livingpain medicineopioids
Copyright © 2021 KABC-TV. All Rights Reserved.
HEALTHY LIVING