The family of Heather Garcia is now working with an attorney as they attempt to figure out how this tragedy happened.
KABC
By Carlos Granda 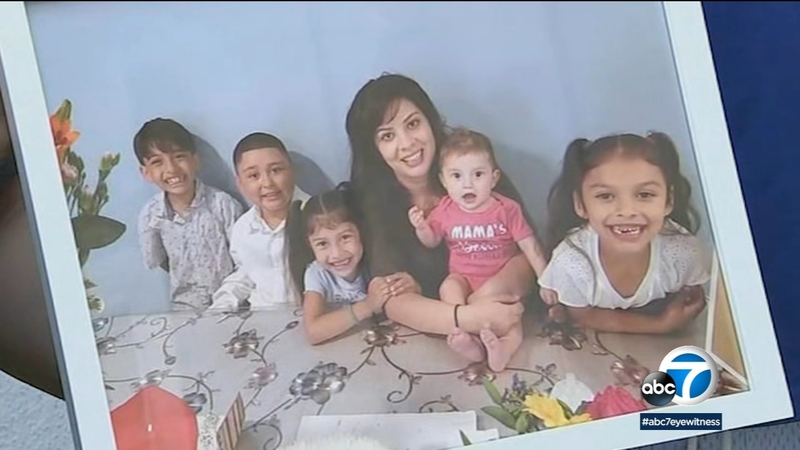 LOS ANGELES (KABC) -- The family of a 29-year-old woman who was killed when she fell out of a small party bus over the weekend says they're devastated. Now, questions regarding the safety of the vehicle are rising.

Heather Garcia, a mother of five young children, was celebrating her niece's birthday on Saturday when she fell out the bus.

Just before 3 a.m., officers with the California Highway Patrol responded to the northbound 101 Freeway and Los Angeles Street after receiving reports of a crash. Family members who spoke with Eyewitness News on Sunday said Garcia was dancing when she tripped and fell back on the door.

"I think we're still trying to let it sink in that she's not here with us anymore," said Garcia's sister, Jellue Jaramillo.

READ MORE | Mother of 5 killed after falling from party bus was days away from 30th birthday: 'It's a nightmare'
EMBED More News Videos

Family members say Heather Garcia, a mother of five who was just about to turn 30, was dancing when she tripped and fell back on the door.

The family said the door opened and sent Garcia out onto the freeway, which is now the center of an investigation. CHP Ofc. Roberto Gomez told ABC7 there are several questions.

"How can it occur that someone just falls out of a bus like that?" he asked. "I think that's going to be number one, obviously, the cause of that."

The driver of the moving vehicle, who authorities say remained on the scene when the crash happened, was identified in the accident report as Edwin Torres.

According to the report, it doesn't appear the vehicle belongs to any company. According to records from the California Department of Motor Vehicles, the registration is set to expire on Wednesday.

The vehicle, however, is registered to Torres and the address leads back to a residential neighborhood in North Hollywood.

Eyewitness News visited the neighborhood on Monday and attempted to speak with Torres. When we called, Torres answered and hung up the phone.

ABC7 also visited Torres' home, but no one answered the door.

The CHP said as part of its investigation, it can't release information about the driver at this time.

"That's part of a driver itself, operating a vehicle of this sort, he needs to obviously make sure everything's in working order, and of course, this is obviously going to be a big part of our investigation, and figuring out that everything was in good working order at the time of the incident," said Gomez.

Garcia's family is now working with an attorney as they attempt to figure out how this tragedy happened.

Meanwhile, Garcia's family have created a GoFundMe to help her children.