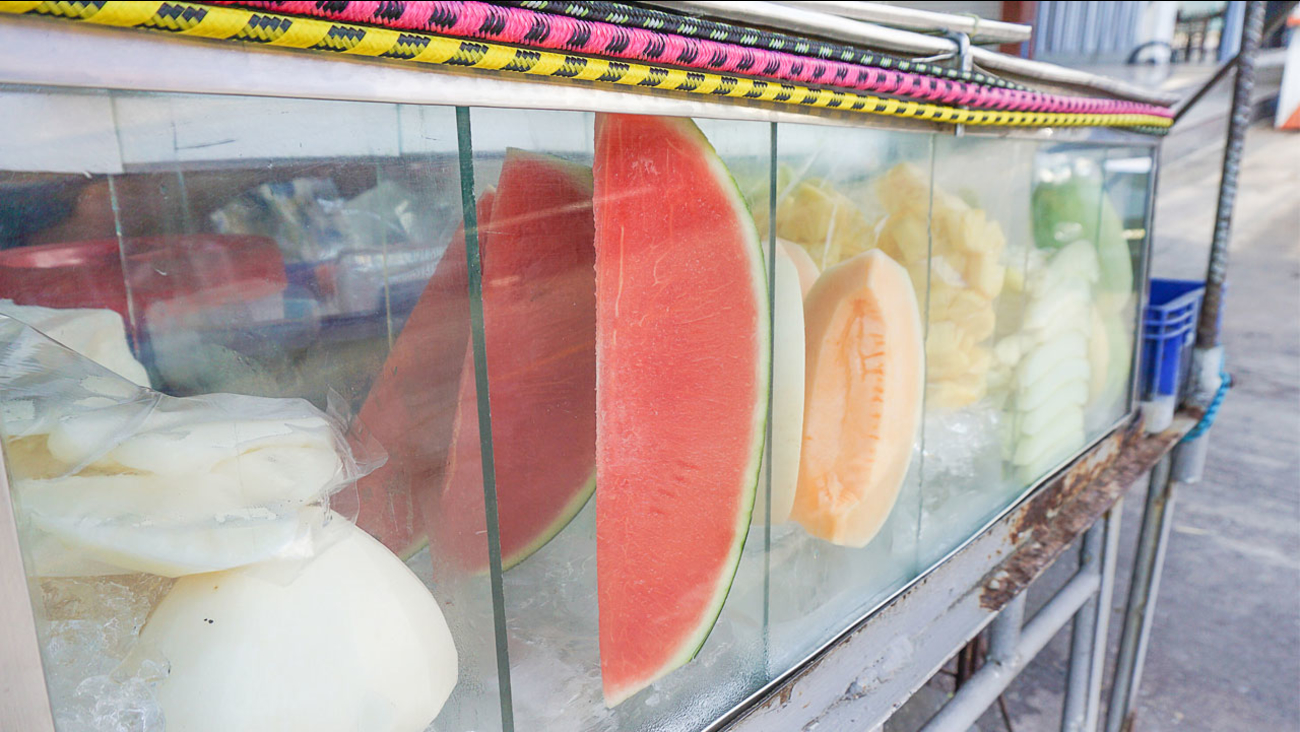 A street-side fruit cart is shown in a file photo. (Shutterstock)

LANCASTER, Calif. (KABC) -- The Los Angeles Department of Public Health warned consumers of a possible hepatitis A exposure after a street fruit cart vendor was found infected with the disease in Lancaster.

Health officials believe the produce may have been contaminated by the worker who was infected at the time. The fruit cart was located at the corner of West Avenue L and 20th Street West. Officials said anyone who bought fruit from the cart between Aug. 15 and Aug. 22 may be at risk.

The department urges anyone who believes they may be at risk to get an immune globulin shot or hepatitis A vaccination within the next week to prevent or reduce the illness.

Health officials said the case may be linked to outbreaks of the disease in San Diego and Santa Cruz counties. A large majority of the cases happened to people who are homeless or use illegal drugs and several cases occurred among people who provide services to the homeless, according to the department.

The worker who had hepatitis A had spent time in San Diego, according to the department. He has since received care and is no longer infectious.

The health department said three cases of the disease among high-risk people who lived in San Diego during the exposure period were confirmed as well as three secondary cases at a Los Angeles County health facility.

So far, no new cases connected to the fruit cart have been identified, officials said.

Hepatitis A is an acute liver disease, which can be severe, and is transmitted by contact with feces of a person who is infected. It can be passed through food, water, during sex or other close contact.

Signs and symptoms of an acute infection include fever, malaise, dark urine, lack of appetite, nausea, stomach pains and jaundice. The symptoms usually last for two months, but in some cases can last longer and be more severe.

Free vaccinations for those who may have been exposed to the disease by the food cart worker will be offered at the Antelope Valley Public Health Center on Tuesday from 8 a.m. to 4:30 p.m.