Firefighters getting handle on Hesperia 'Farm Fire' after 250 acres burned 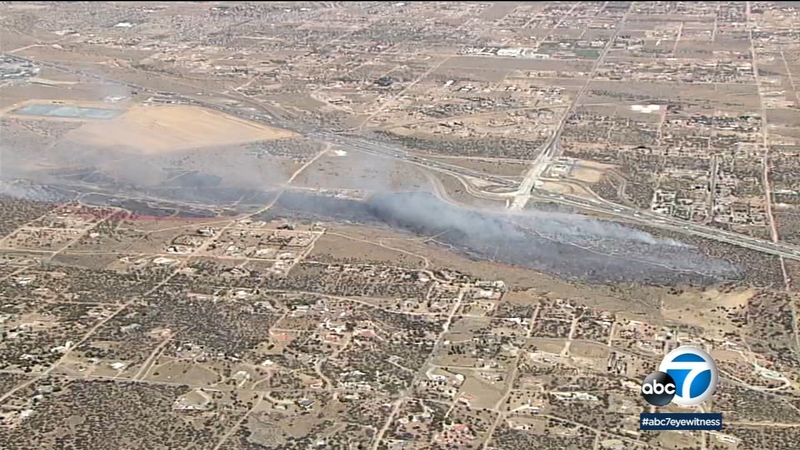 HESPERIA, Calif. (KABC) -- A brush fire quickly spread to more than 250 acres in Hesperia Wednesday afternoon before firefighters were able to get the flames under control.

The "Farm Fire" was reported just after 1 p.m. in the area of Caliente and Ranchero roads, near the 15 Freeway.

It was initially estimated at 20-30 acres, but was spreading rapidly and some structures were threatened.

Multiple departments, including San Bernardino County Fire and state and federal agencies, were sending air and ground resources to fight the flames.

By around 3 p.m. it appeared firefighters had a good handle on the blaze, which continued to smolder with only a few hotspots of active flames.