The driver came barreling through, struck the girl and "drove off like she was a squirrel," the victim's father says.
KABC
By ABC7.com staff 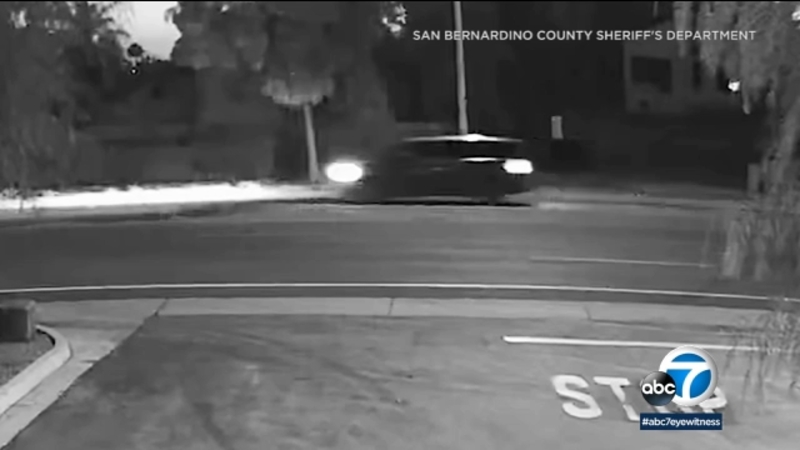 HIGHLAND, Calif. (KABC) -- A driver accused in a hit-and-run crash that killed an 11-year-old girl in Highland has been arrested, authorities announced.

Brian Micheal Petit of Highland was arrested for vehicular manslaughter and hit-and-run resulting in death, according to the Highland Police Department. The incident caught on surveillance video led to a search for a minivan or SUV.

Authorities found a vehicle matching the description at a home in the 7400 block of Fire Oak Drive, where a search warrant was served. The car was in a garage and had "damage consistent with the investigation."

The 40-year-old suspect allegedly struck and killed Annika Fullerton. It's unclear if alcohol or drugs played a role in the crash.

Her father says says she was walking in the bike lane with two other girls when she was struck on June 29 at Church Street and Glenheather Drive.

Annika died at the hospital.

Her father says she was a bright, beautiful girl who loved sports and skateboarding.
"Some car come barreling through and hit my daughter and shot her across the landscaping here and drove off like she was a squirrel," her father Jim Fullerton said. "No concern, nothing."

Neighbors say speeding is a problem in this area. They have posted signs reminding drivers to slow down.

Petit was booked into the Central Detention Center.