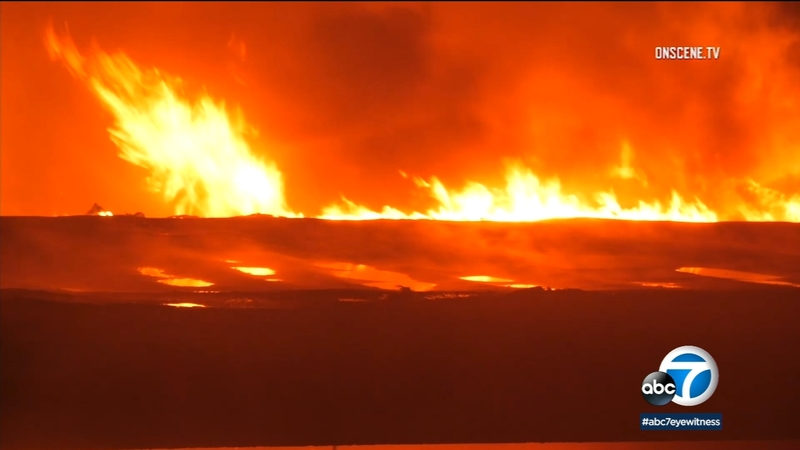 The footage shows flames shooting out of the vehicles in a carport at the Arroyo Seco Village apartments around 2 a.m. Sunday.

At one point, the fire spread into the nearby four-story apartment building.

"The exterior of the apartment building became involved with fire and smoke extended into multiple floors of the building," the Los Angeles Fire Department said in a statement.

Several residents reportedly grabbed hoses from the apartment to help neighbors try and put out the flames before firefighters arrived at the scene.

"We simply just woke up to popping of tires and smoke and neighbors knocking on doors," resident James Gibson said while using a hose. "We were lucky enough to move our cars 'cause it's the next stall over."

Firefighters were able to get the blaze under control in about an hour.