Highway 1 reopens in Big Sur a year after massive landslide 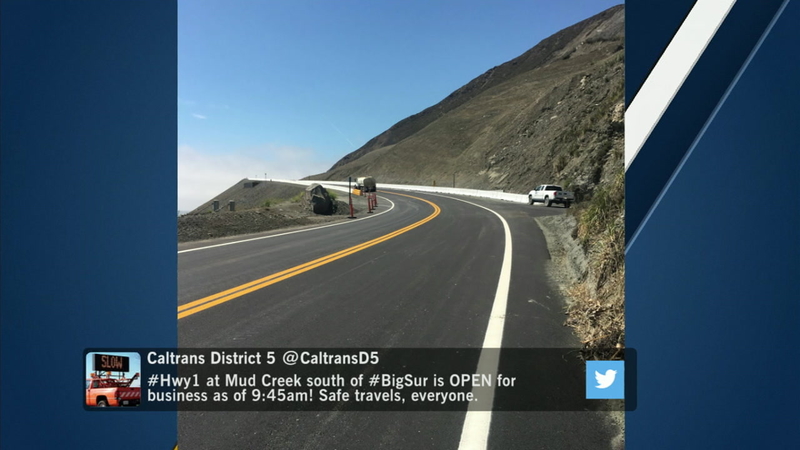 Highway 1 reopens in Big Sur a year after massive landslide

BIG SUR, Calif. -- A scenic stretch of Highway 1 that closed after a massive landslide in Big Sur more than a year ago has finally reopened.

The landslide hit in May 2017, moving millions of tons of earth and displacing an estimated 75 acres of land.

"Safe travels, everyone," Caltrans tweeted along with a photo of the new road.

#Hwy1 at Mud Creek south of #BigSur is OPEN for business as of 9:45am! Safe travels, everyone. pic.twitter.com/hxX3AgQ1Dp