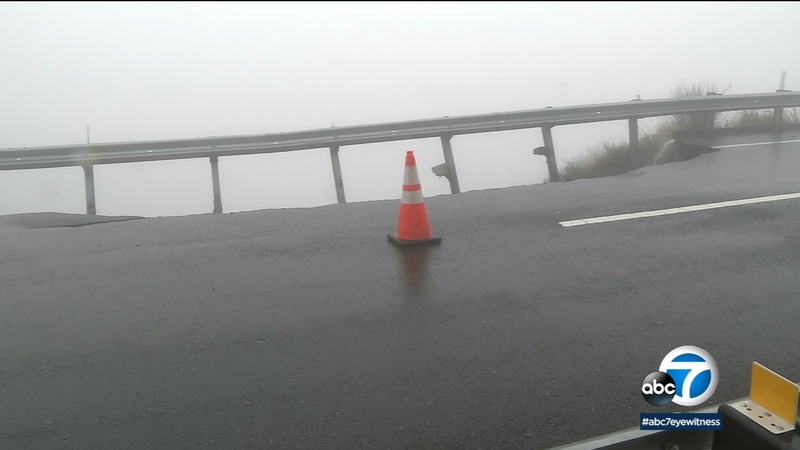 CRESTLINE, Calif. (KABC) -- A portion of Highway 18 is now shut down near Crestline due to the recent storm.

Part of the road was washed out and slid down the hillside after this week's heavy rain.

Caltrans says it could be days or even weeks before the roadway is fixed.

For now the agency says people should use other ways to get around.

They urge drivers to avoid travel on mountain roads during the storm.

The agency noted that washouts on mountain roads during storms is common, saying there were similar problems on state routes 243 in Riverside County and 111 heading toward Palm Springs.

SBD CO: SR 18 will remain closed until further notice between 40th and 138. We will release more info once engineers finish the assessment. Only SR’s 330, 18 from Lucerne and 38 open. No access to Big Bear on 330. Avoid travel on mountain routes today. pic.twitter.com/6EsfKVKZl6

This is typical on mountain roads during storms. Photos depict last night on SR 243 and this morning on SR 111 heading to Palm Springs. Please avoid travel during these storms. And never cross over running water as shown above. pic.twitter.com/n0YDyssiT7