2 bodies found at end of standoff near Hinkley; son arrested 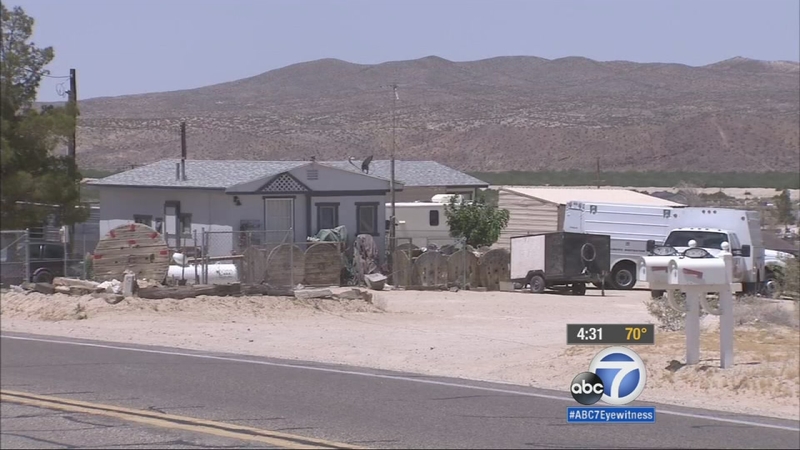 HODGE, Calif. (KABC) -- Two bodies were found inside a house at the end of a standoff in San Bernardino County near the Hinkley community Tuesday.

The incident happened in the Hodge area in the 22200 block of National Trails Highway. Authorities say the suspect was taken into custody at 4:20 a.m. to end the six-hour standoff.

When deputies entered the house, two bodies were found.

Neighbor Seth Vandecop said it all started when the son of the married couple who lived at the house started to act erratically. The sister of those two people got worried.

"She started calling, but she was getting no answers from the husband or the wife," Vandecop said.

So the woman and her husband went to the house with night vision goggles, Vandecop said.

"All they could see was the boy walking around doing weird stuff, so then they called the police," he said.