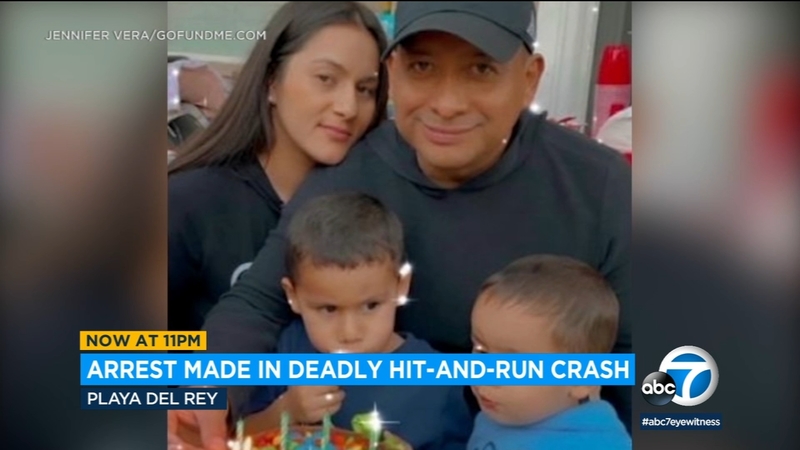 Arrest made in mother's hit-and-run death near Dockweiler beach

PLAYA DEL REY, Calif. (KABC) -- A man was arrested in connection with a hit-and-run crash that killed a mother and injured her 3-year-old son near Dockweiler State Beach last weekend, police said.

The deadly hit-and-run crash happened as 33-year-old Wendy Galdamez-Palma was crossing the street with her child Saturday night in the 8800 block of Vista Del Mar, when they were hit by a Toyota 4Runner, according to the LAPD.

She was pronounced dead at the scene. The child was taken to the hospital and is expected to be OK.

A hit-and-run driver struck and killed a mother and injured her 3-year-old son near Dockweiler State Beach over the weekend.

Dantzler is expected to make his first court appearance in January.

Additional details about the arrest were not immediately available. Anyone with information about the incident is urged to contact police at 213-473-0022.