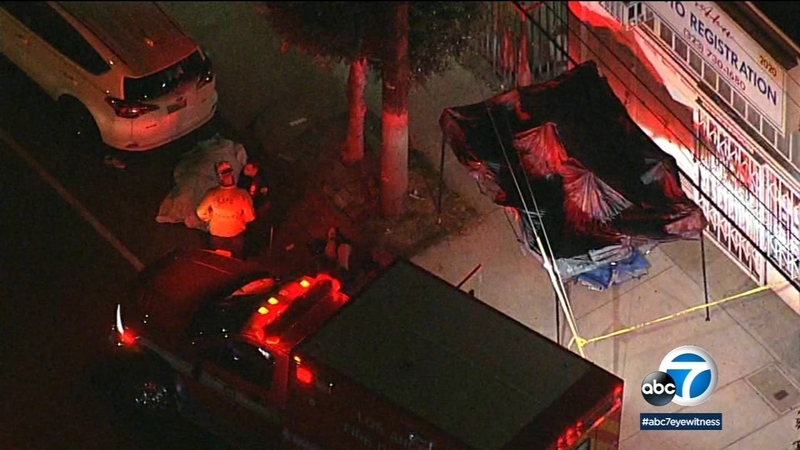 HARVARD HEIGHTS, LOS ANGELES (KABC) -- The Los Angeles Police Department asked the public's help in locating the vehicle and motorist responsible for the hit-and-run death of a 23-year-old man in the Harvard Heights area.

The collision was reported at about 7:35 p.m. Friday in 2100 block of Venice Boulevard, near Normandie Avenue, according to Brian Humphrey of the Los Angeles Fire Department.

The pedestrian was crossing southbound Harvard Boulevard, at the intersection with Venice Boulevard in a marked crosswalk, when he was struck by a dark-colored, 2014-19 BMW sedan going eastbound on Venice, the LAPD said.

The Los Angeles resident was pronounced dead at the scene. His name will be released pending notification of next of kin, according to the Los Angeles County coroner's office.