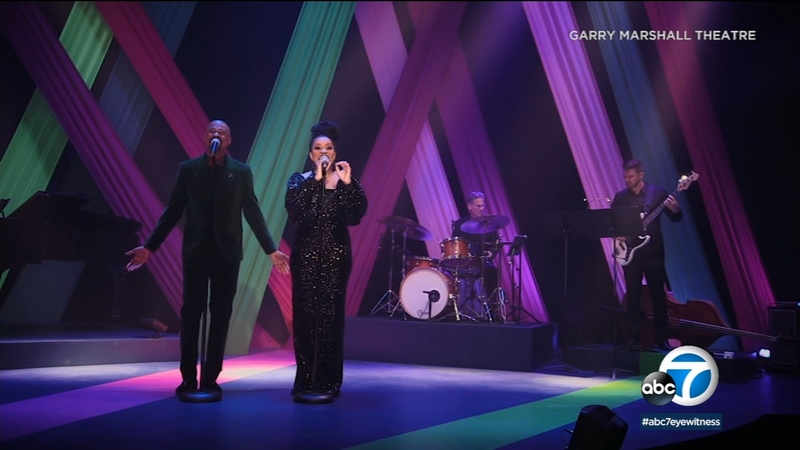 TOLUCA LAKE -- Because of the pandemic, the annual "Holidaze Harmony" show at The Garry Marshall Theatre in Toluca Lake just can't happen in its usual form. But in true theatre spirit... the show must go on!

Terron Brooks and Kamilah Marshall have been friends since ninth grade. They went to school together at the Orange County School of the Arts.

"We started singing together back then and then we graduated and we were always doing duets and singing at people's parties and that turned into this one-time Christmas show that we thought was just me, him and a piano. And now, 11 years later, here we are!" said Marshall.

The two would also eventually end up on Broadway. Both had roles in "The Lion King," and in "Hairspray." But their annual Christmas live show at The Garry Marshall Theatre has always been special.

"She's like my sister so you find friends that become your family," said Brooks. "The show, we coined it like the Black 'Donny and Marie' so people are not-it's not just singing. It's comedy, it's laughter, it's fun, it's joy and nostalgia for people."

But with the pandemic, the stage was set to attempt something different this year.

So they produced the show--under strict safety protocols--so you could watch it at home.

"I hadn't made music in the same room as musicians for eight months until I showed up to do this. And I just sobbed the whole way," said Marshall.

"I think being with Kamilah in this time, it just became more rich because of the experience," said Brooks.