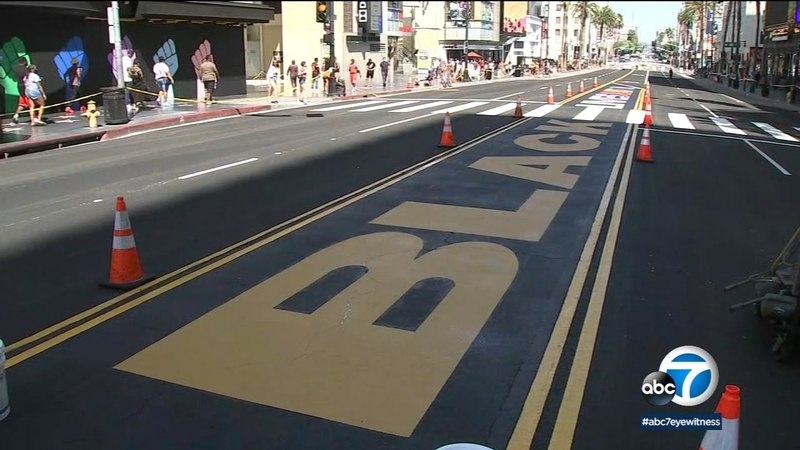 A stretch of Hollywood Boulevard from Highland Avenue to Orange Drive was closed to traffic on Monday so crews could prepare the center of the roadway for the mural.

The permanence of the artwork was approved by the Los Angeles City Council. Crews expect to have it completed on Saturday.

The original mural was painted by volunteers ahead of a massive march against police brutality that drew more than 40,000 people to the streets of Hollywood in June.

Thousands of people gathered in Hollywood Sunday for an All Black Lives Matter march, organized by black members of the LGBTQ+ community.

The permanent version is smaller than the original one with towering letters but leaders say its significance isn't diminished.

Luckie Alexander, the artist who created the initial installation and the permanent one, was joined by L.A. Councilman Mitch O'Farrell to paint some of the letters Friday.