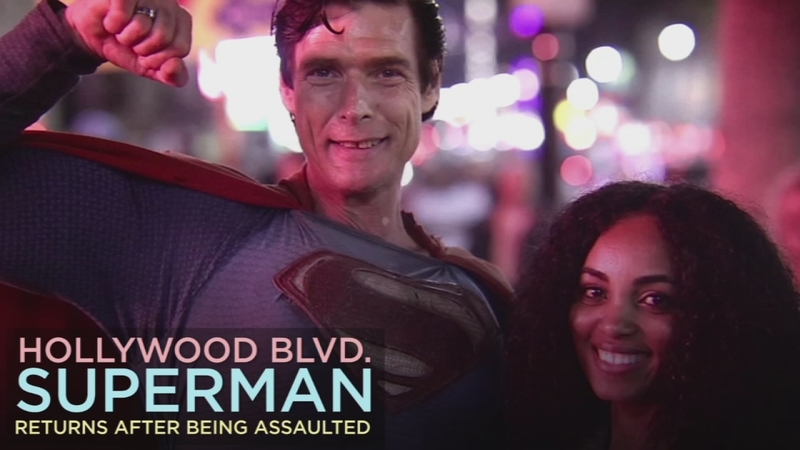 HOLLYWOOD, LOS ANGELES (KABC) -- A longtime fixture on Hollywood Boulevard is preparing to soar back into action.

For 25 years, Christopher Lloyd Dennis charmed and wowed tourists as Superman, but his career came to a sudden and crashing halt when he was violently assaulted last year.

He was robbed and his famous costume and cape were burned, leaving him with no way to make money.

After months of overcoming extreme obstacles - including homelessness and addiction - Dennis prepares to once again pose with tourists in Hollywood on Monday.

Dennis said he has had a lifetime of beating the odds, including childhood abuse, and he thinks his story will resonate with others.

"My story, I feel, can help other people that are going through the same situation or something similar," Dennis said. "Or maybe they've had it a little less rough and they can be like 'Well if this guy made it, I can too.'"

His story will be profiled in a new web series titled "The Hollywood Superman," which will feature the slogan "If this guy made it, I can too."