The family of an 84-year-old who died of coronavirus while living at the Hollywood Premier Healthcare Center claims at one point the nursing home had two nurses caring for more than 80 sick patients.
KABC
By Josh Haskell 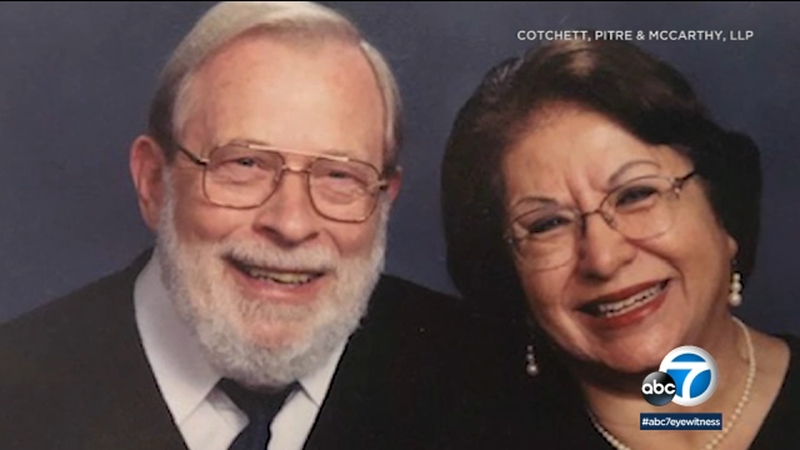 HOLLYWOOD, Calif. (KABC) -- A local care center is accused of letting the coronavirus rage uncontrolled within its confines to further its own bottom line. The family of an Army veteran who died from COVID-19 is suing the center and claims that at one point, there were just two nurses caring for over 80 sick residents.

"Nothing's gonna bring our father back, my mother's husband. Nothing. But we want to see change," said Kathy Sessinghaus, Vincent Martin's daughter.

Antelmo Garcia was always careful about protecting himself, his family says. At work in the early days of the coronavirus outbreak, he asked to wear a mask and was told no. He died days before his 65th birthday.

Martin, 84, an Army veteran, lived at the skilled nursing home Hollywood Premier Healthcare Center, the scene of a COVID-19 outbreak that claimed the life of Martin and at least 15 other residents, according to a lawsuit filed by Martin's family in Los Angeles Superior Court.

Seventy-two residents and 37 staff members became infected, but when Martin's family was informed he had a fever back on April 1, they say he still had not been tested for COVID-19.

"It became a little difficult because at times they would answer, times they wouldn't. They had told us they were short staffed, very understaffed. It wasn't until the night before his death that my sister had heard that there were only two nurses on duty," said Sessinghaus.

The lawsuit claims two nurses were caring for 83 residents. Martin's positive test for COVID-19 didn't come back until April 5, the day after he died.

"The physician that ordered the COVID-19 test at the behest of the family and that test result again was available on April 5 and on the death certificate signed by Dr. Filart, wasn't issued until April 9. So there's no excuse for that having been left off the death certificate," said Anne Marie Murphy, a lawyer representing the family, part of the firm Cotchett, Pitre & McCarthy, LLP.

A candlelight vigil was held outside a hospital in Hollywood Wednesday evening to honor a nurse who died two days after testing positive for the coronavirus.

COVID-19 is absent from Martin's death certificate, and this is part of what the family calls a cover-up. Adding to the family's pain, violations at the facility pre-dates the pandemic. Also, the facility is still open.

"I think it's atrocious this facility is still operating. In fact, we understand that it has been declared a COVID-only facility," said Murphy.

Eyewitness News reached out to Hollywood Premier Healthcare Center but have yet to hear back. A letter has been sent to the Los Angeles District Attorney's office requesting criminal charges and the office tells us the letter is under review.