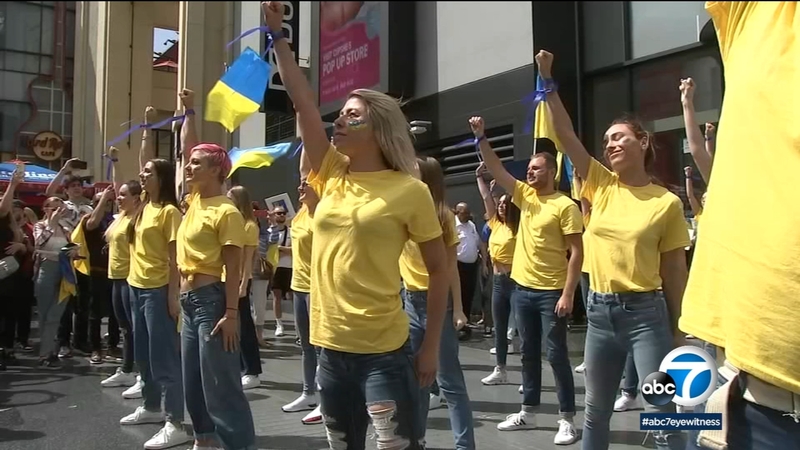 The choreographers say the dance is a way to express their frustration and anger over the deadly destruction of their homeland.

"We want to tell that we can see and can feel how our people are dying, our kids, our women are raped, and it's the 21st century," said choreographer Tania Spektor. "If we don't stop it right now it could be the start of the Third World War."

Almost two dozen dancers took part in the performance in front of the Dolby Theatre in the heart of Hollywood.

It's all part of the "Stand With Ukraine" movement, which has been having rallies almost every weekend to raise awareness of the war, and the need for global support for Ukraine.

"I would like to support our country and our people because this is really important to get attention of what is really going on over there," said Yuriy Volnskyy. "Because right now there's so much fake news, and we just want to show the world the truth."

The goal is to continue to draw attention to the war and the innocent lives being lost.

Many turning out say they must continue to make their voices heard as the situation in Ukraine continues to deteriorate.

"I think it's important to show the people that there is support, there's support for Ukraine," said Marcel Miller. "Everyone should be against those cruelties. It doesn't matter if I'm Ukrainian or not. I'm a human. As a human, it's my duty to stand up for other humans."