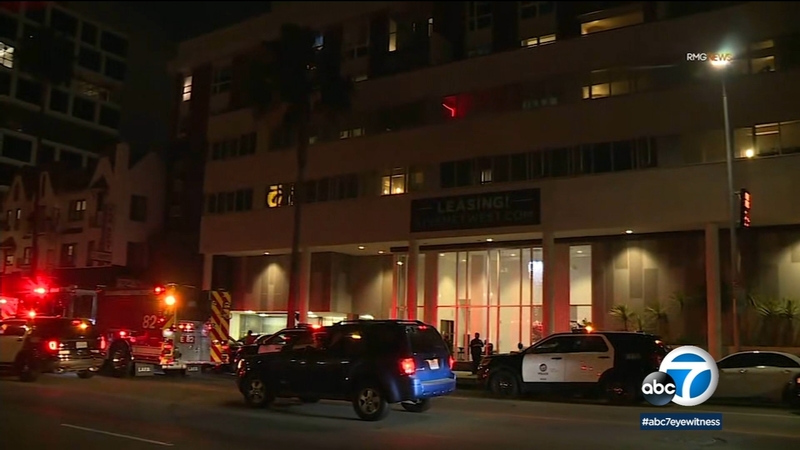 HOLLYWOOD, Calif. (KABC) -- A search is underway for the suspect responsible for a violent robbery and shooting at a high-end Hollywood apartment complex that left one woman injured.

The shooting happened just before midnight on Friday in the area of Sunset Boulevard and Bronson Avenue, according to the Los Angeles Police Department. Investigators say the victim, who has not been identified, was shot while being robbed.

She was rushed to the hospital with non-life threatening injuries. It's unclear if the victim knew the suspect and what that person took from her.

"That's pretty severe, pretty severe because I've lived here for 20 years and I would say it's one of the biggest police responses that I've seen in a long time," said resident Eddy Polanco.

Investigators are checking to see if there's any surveillance video of the crime. The suspect, who detectives say was wearing a mask, ran from the scene.

Residents say crime has been increasing in the neighborhood and fear it may take a deadly turn.

"It just sounds really crazy. There's constantly stuff that's really bad happening up and down this whole stretch of Sunset Boulevard. So, I don't know what needs to happen but something just to make it a little bit more safe needs to happen here," said Jimmy Williams.