A suspect has been arrested in connection with a shooting that killed a 17-year-old girl in Hollywood early Sunday morning, authorities said.
KABC
By Amy Powell 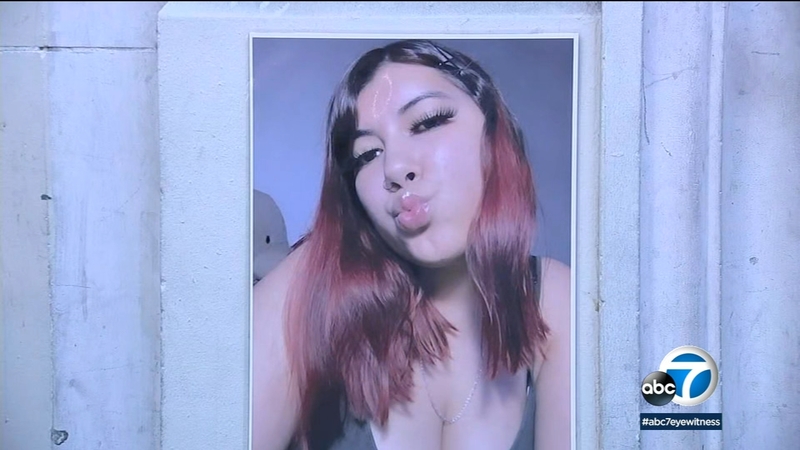 Suspect arrested in shooting death of 17-year-old in Hollywood

HOLLYWOOD, LOS ANGELES (KABC) -- A suspect has been arrested in connection with a shooting that killed a 17-year-old girl watching a street race in Hollywood early Sunday morning, authorities said.

The incident happened near Hollywood Boulevard and Highland Avenue just after midnight near the scene of a street race gathering, according to the Los Angeles Police Department.

Police said there was a confrontation between a group of people and someone pulled out a gun and started shooting, striking two people.

A 17-year-old girl from Huntington Park, who was identified by family as Alejandra "Ale" Estrada, was struck by gunfire and later pronounced dead at the scene. She was described as an innocent bystander who was watching the race.

A 17-year-old girl identified as Alejandra "Ale" Estrada was fatally shot after a fight broke broke out at a Hollywood street race.

Family members and friends gathered in Hollywood later in the day to remember Estrada, honoring her with a memorial.

A second victim showed up later at a local hospital with a serious gunshot wound that was not considered life-threatening.

Witnesses captured the violence on video. Frightened people were seen running from the area after the gunfire started.

Police reviewed social media video to help in their investigation and were led to a suspect who was detained after sheriff's deputies responded to an unrelated radio call in the area of 223rd Street and Figueroa around 3:45 a.m.

Authorities say the suspect was in possession of a gun. Investigators say they were able to link that man, Ramon Roque Monreal, 33, of El Paso, Texas, to the fatal shooting. He was arrested and booked for murder and bail was set at $3 million.